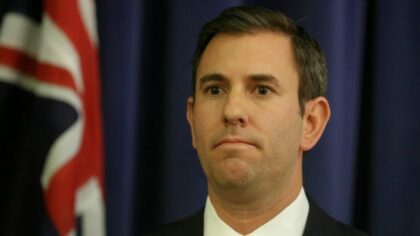 Jim Chalmers, a Labor Party MP in Australia, claims that basic income, a concept gaining traction in Australia, is a “backward step”. His concerns focus on perceived increases in inequality and affordability issues. Chalmers and Mike Quigley, former chief executive of NBN Co, have laid out these views in their latest book, “Changing Jobs: The Fair Go in the New Machine Age”, released on the 25th September 2017.

According to Chalmers and Quigley, the way forward is to aim for full employment, in the face of technological change. This generally aligns with previous claims by Labor Party shadow treasurer Chris Bowen. They also agree that introducing basic income will also equate to slashing on the welfare state. As for unemployment, Chalmers is blunt: “feared widespread loss of jobs in the coming age of automation will not be fixed by giving everyone a basic income”. He also views basic income as basically unfair, since it would amount to giving the same support to a millionaire and to “a single mom struggling to keep food on the table”. That, however, is given out of tax context, since basic income proposals usually revolve around redistribution of tax money from the relatively richer people towards relatively poorer ones. Within this context, a millionaire will naturally be a net contributor to the basic income scheme.

However critical of basic income, Chalmers and Quigley present their own views of what can work for humanity in the near future, of which the Australian people are a close example. They think it is possible to use Big Data to predict “social problems at the household level before they emerge”. This, of course, comes along with high surveillance over people’s “work patterns, hours and wages”. With that and new ideas such as “income smoothing”, which will arguably complement low-paid workers incomes, or smooth their transition from better paid jobs to less paid ones (admitting that well paid jobs will definitely diminish, on average, in the foreseeable future). They also refer to reinforced unemployment benefits, financed by extra taxes on the general public and/or large corporations. To tackle future unemployment, Chalmers and Quigley recommend compulsory education on programming and robotics, while strengthening existing curricula with computational disciplines in order to elevate technological skills in everyone.

Leave a comment Australia, Labor Party
The views expressed in this Op-Ed piece are solely those of the author and do not necessarily represent the view of Basic Income News or BIEN. BIEN and Basic Income News do not endorse any particular policy, but Basic Income News welcomes discussion from all points of view in its Op-Ed section.