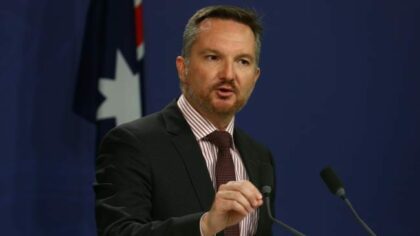 Shadow Treasurer of the Australian Labor Party, Chris Bowen who is the Opposition Minister for Government expenditure and revenue raising, delivered a speech to the progressive think tank PerCapita in Sydney on June 9th, expressing his resistance to the concept of a Universal Basic Income (UBI), despite the support within the Labor Party for such a policy. Bowen describes the UBI as a “terrible idea” and claims that the model would undermine the Labor Party principle of ensuring dignity through work in Australia. Bowen then makes another common argument against a UBI, that it delivers unnecessary payments to the wealthy. Following this line of thought, Bowen expresses support for means tested benefits where citizens can access welfare on a conditional basis, claiming that this would be a more cost-effective measure for alleviating poverty. This claim, however, is made without establishing his grounds for comparison.

Bowen has also said that UBI could lead to a “savage cut” in people’s current benefits, namely pensions or disability allowances, and also that unsustainable tax rises would be necessary. These are reminders of two other common arguments against basic income: that UBI will demolish social security and that it cannot be financed (due to an unsustainable tax system).

Meanwhile, the Australian Green Party support the consideration of a UBI in conjunction with a four-day work week. This proposal is consistent with the idea that a UBI is best implemented as part of a broader policy package that aims to address concerns such as inequality and the impact of technological change on working conditions.

One comment Australia, Labor Party
The views expressed in this Op-Ed piece are solely those of the author and do not necessarily represent the view of Basic Income News or BIEN. BIEN and Basic Income News do not endorse any particular policy, but Basic Income News welcomes discussion from all points of view in its Op-Ed section.