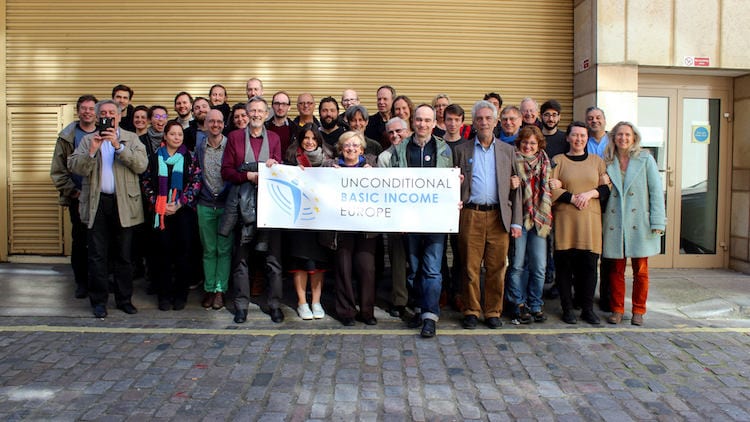 UBIE’s annual meeting began on the evening of Friday, March 24, with “Basic Income and the Europe we want”. At this public event, nine representatives from nine different countries — Portugal, Spain, Netherlands, Austria, Germany, the UK, Sweden, and France — shared reports on the current status of the basic income discussion in their respective nations.

Events on Saturday, March 25, featured speakers from the British trade unions GMB (which passed a pro-UBI motion in June 2016), Unite (which passed a pro-UBI motion in July 2016), and Unison (which has been “looking into” UBI over the course of the past year). Participants from UBIE described the event as a “very enriching and inspiring discussion for countries struggling to get in touch with their national unions”.

The General Assembly, including the annual election of board members, convened on Sunday. As in previous years, UBIE employed an “election without candidates” process to select its board: each member nominated five individuals for the board, and those who obtain the most nominations were asked if they agreed to serve, proceeding down the list until all five spots have been filled. As a result of this process, the following board members were elected in 2017 (see more information about each here):

Chair: Dániel Fehér. Fehér, who now lives in Berlin, Germany, has been a member of UBIE’s board since 2015, and has assisted with its lobbying and publicity efforts since 2013. He was also active with the campaign for the ECI while living in Brussels.

Vice-Chair: Anja Askeland. Askeland served as BIEN’s Secretary from 2014 through 2016, and was a cofounder of BIEN’s Norwegian affiliate, Borgerlønn BIEN Norge, in 2012.

Vice-Chair: Lena Stark. Stark has been a member of UBIE’s board since 2015. She has also recently started a basic income political party in Sweden.

Secretary: Aurélie Hampel. Hampel is the international Coordinator of the French Movement for Basic Income. She is also active in campaigns for an “EU agrarian UBI” in France. 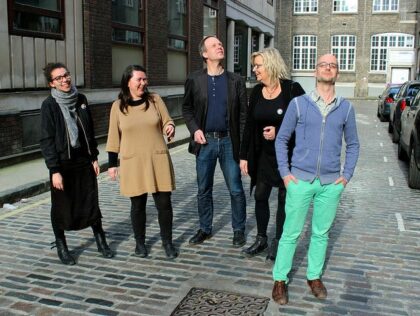 Barb Jacobson stepped down from the board at the meeting, after having served as its Chair since the formation of UBIE in February 2014. She commented, “It’s great to see some fresh faces, and it is time for me to concentrate on some specific UBIE and Basic Income UK projects. It has been a real honour. I’m looking forward to working with the new board and wish them all the best.” Former Secretary Nicole Teke also stepped down, following two years of service.

Following its first meeting, the new board of UBIE stated, “We feel that we are entering a new phase for basic income at the EU level,” calling the latest annual meeting “an opportunity to reaffirm UBIE’s goals” including the investigation of potential EU funding for basic income pilots and further research on the idea of a Eurodividend. The board further remarked, “It was an important moment of transition. UBIE is taking steps to formulate a more structured strategy using methodologies presented during the General Assembly. A wider team of volunteers was built to develop external communication, [and] workshops on a new ECI, the FutureLab exhibition project and basic income parties forming in Europe were also successful.”

Further updates from the new board will be shared in the UBIE newsletter.

Information and photos from Aurélie Hampel.