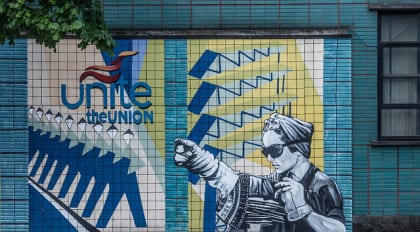 The full text of the motion is as follows (with links to relevant reports added by the editor):

Conference notes the growing crisis of low pay, in work poverty and precarity in a labour market increasingly characterised by casualised forms of employment that offer low pay, zero hours contracts and no long-term security.

Conference further notes the evident inability of our bureaucratically costly social security system, with its dependence on means-testing and frequent arbitrary sanction, to provide an adequate income floor.

Conference believes that a Basic Income, an unconditional, non-withdrawable income paid to everyone paid to everyone, has the potential to offer genuine social security to all while boosting the economy and creating jobs.

Conference welcomes the ongoing exploration of the concept of a Basic Income by the think-tank Compass, the innovation charity Nesta, the Royal Society of Arts, and others; further welcomes the planned practical experiments in Finland and Utrecht, Netherlands.

Conference calls upon the union to actively campaign for a Universal Basic Income and eradicate poverty for all.

The successful motion originated with the West Midlands Community, Youth Work and Not for Profit committee.

Unite has 1.42 million members “from all walks of life,” including those not in employment. The Unite policy conference is held annually. This year’s conference is currently taking place in Brighton, and will continue through Friday, July 15.

Thanks to Becca Kirkpatrick for reviewing this news report.

Thanks also to my supporters on Patreon.