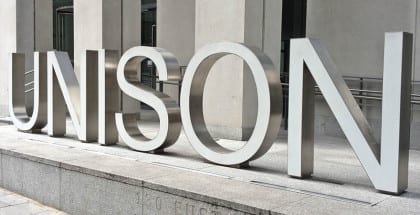 At a recent UNISON Women’s Conference in Brighton, amendments were passed which commit the union to look into Basic Income. The amendments – which were added to motions discussing flexible working, austerity and in-work poverty – instructed the UNISON National Women’s Committee to:

Limited resources and other pressing priorities for the union may mean that minimal action is taken at first, but the discussion has begun.

The UNISON West Midlands Community branch will submit a motion to the full National Delegate Conference in June 2016, calling for the union to adopt a position in favour of the principle of a Universal Basic Income, and to draft a description of UNISON’s preferred version of a Basic Income policy.

UNISON is a trade union for people working in public services, including those outsourced to the private sector. With 1.3 million members, in more than 1000 branches across the UK, it is one of Europe’s largest unions. Over 70% of UNISON members are women.

Thanks to my supporters on Patreon.

Leave a comment Trade Unions, United Kingdom
The views expressed in this Op-Ed piece are solely those of the author and do not necessarily represent the view of Basic Income News or BIEN. BIEN and Basic Income News do not endorse any particular policy, but Basic Income News welcomes discussion from all points of view in its Op-Ed section.