US: Prominent Republicans call for carbon tax and dividend 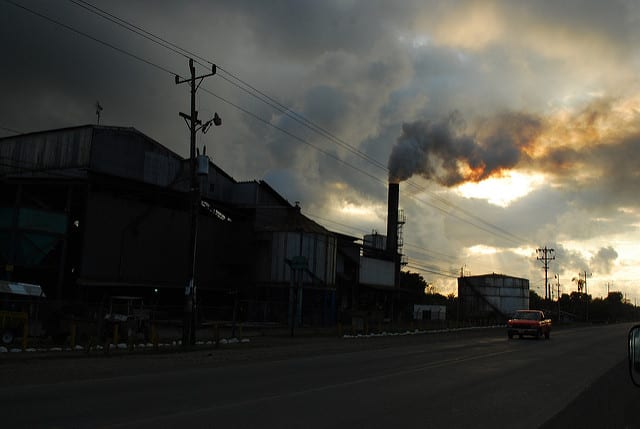 A group of prominent Republicans has released a proposal for a carbon tax and dividend as an alternative to the Obama administration’s regulation-based approach to mitigating climate change.

The proposal would provide Americans with a small basic income, as it calls for revenue from the tax to be “returned to the American people on an equal and quarterly basis.”

A carbon tax (or fee) and dividend has often been noted as a possible means of financing a basic income in the United States, endorsed by groups such as the Citizens’ Climate Lobby and Chesapeake Climate Action Network and even recommended by the California State Senate in an August 2016 vote.

While campaigners typically focus on the taxation of carbon as a strategy to mitigate climate change, basic income supporters call attention to the “dividend” component: in most proposals, revenue from the carbon tax would be distributed to all individuals in uniform cash grants paid out on a regular basis (e.g. monthly or quarterly). The amounts of dividends vary across specific proposals, but are small, relative to a full-fledge liveable basic income. For example, the California Senate resolution was estimated to lead to payments averaging $288 per month to family of four. And economist James K. Boyce and With Liberty and Dividends for All author Peter Barnes argue for a $200 monthly dividend to individuals, funded by taxes on pollution and other rents from “universal assets”. However, dividends funded by a carbon tax meet the main criteria for a basic income: they are paid in cash, with no strings or conditions, to all members of a community on a regular basis.

A group of prominent US Republicans has now issued a call for a carbon tax and dividend, which they present as a “free market” solution to climate change.

The CLC’s proposal, laid out and defended in “The Conservative Case for Carbon Dividends” (February 2017), describes its dividend proposal as follows:

All the proceeds from this carbon tax would be returned to the American people on an equal and quarterly basis via dividend checks, direct deposits or contributions to their individual retirement accounts. In the example above [a carbon tax beginning at $40 per ton and increasing over time], a family of four would receive approximately $2,000 in carbon dividend payments in the first year. This amount would grow over time as the carbon tax rate increases, creating a positive feedback loop: the more the climate is protected, the greater the individual dividend payments to all Americans. The Social Security Administration should administer this program, with eligibility for dividends based on a valid social security number.

In justifying the dividend, the CLC states, “We the People deserve to be compensated when others impose climate risks and emit heat-trapping gases into our shared atmosphere” — a claim reminiscent of much discourse surrounding basic income.

The CLC also notes that the dividend would be especially beneficial to poor Americans: “The Department of Treasury estimates that the bottom 70% of Americans would come out ahead under such a program. Carbon dividends would increase the disposable income of the majority of Americans while disproportionately helping those struggling to make ends meet.”

The CLC’s proposal has gained the support of other advocates for a carbon tax and dividend.

In remarks to CNN, the Citizens’ Climate Lobby spokesperson Steve Valk called the proposal “an aggressive, properly designed carbon tax that employs the power of the free market to do the work is more effective and efficient than regulations.” Peter Barnes, whose 2014 book With Liberty and Dividends for All helped to popularize the idea of pollution taxes and dividends, also welcomes the conservatives’ proposal. Barnes states:

“This is a real step forward for conservatives. They are proposing to pay dividends to all Americans with money generated by pricing a previously unpriced common asset, the air we all breathe. These eminent Republicans effectively agree that the air belongs to everyone, one person one share. In this sense they are heirs to the late Republican governor of Alaska, Jay Hammond, who created the Alaska Permanent Fund on the same premise, with oil rather than air as the co-owned asset.”

Michael Howard, Professor of Philosophy at the University of Maine and Chair of the US Basic Income Guarantee Network, has written a Basic Income News feature in response to “The Conservative Case for Carbon Dividends.” Howard calls the publication a “very welcome development” in both the fight against climate change and the movement for basic income. A carbon tax and dividend, he claims, is “closest analogue on the national scale to Alaska’s Permanent Fund Dividend that we can hope for in the near term.”

Other responses, however, have been less enthusiastic.

In particular, some environmental advocates denounce the proposal’s demand that existing regulations on pollution be repealed. The National Resources Defense Council, for example, released the following statement in response to the CLC:

What’s important is that we cut carbon pollution fast enough to avoid the worst impacts of climate change. Putting a price on carbon could be an important part of a comprehensive program. It can’t do the job alone, though, and is not a replacement for carbon limits under our current laws.

Likewise, Howard agrees that “unless the carbon tax is set high enough and is assured of rising regularly, to give away the EPA’s authority to regulate carbon emissions might be a fool’s bargain,” and doubts that carbon tax alone is sufficient to combat climate change. As he notes in his Basic Income News feature, reduced consumption, development of alternative technologies, and assistance to poor countries in their transition to non-carbon energy sources might be necessary components of the solution.

Members of the CLC met with White House officials on Wednesday, February 8 to present the proposal.

However, the White House has yet to comment on any planned action, and most commentators agree that it is unlikely the Trump administration will pursue any climate legislation (even if that legislation is proposed and defended by prominent Republican statesmen) in the foreseeable future.