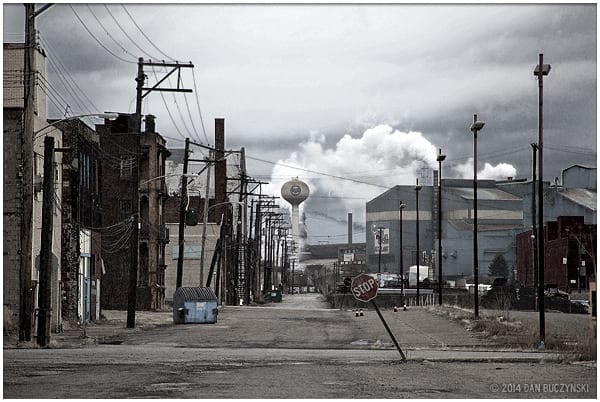 The Climate Leadership Council just put forth a proposal for a carbon fee and dividend, as a key policy to combat climate change. The authors are conservatives, including Republican former Secretaries of State James Baker and George Schultz, Treasury Secretary Henry Paulson, and two Chairs from the Council of Economic Advisors in the Reagan and George W. Bush administrations. While there are some aspects of the proposal to question, progressives should get behind the main idea: a steadily rising carbon fee and dividend.

First, the proposal is a very welcome development for the effort to fight climate change, and for the introduction of a partial basic income. At a time when the President and many Republicans in Congress make light of or outright deny the problem of anthropogenic climate change, it is encouraging to see such concerted effort by people with impeccable conservative credentials proposing a policy that is also favored by many progressive Democrats and environmentalists like Bill McKibben. The dividend would be a significant benefit especially to poor and working class families, and, if revenue-neutral, would more than compensate for the regressive income distribution effects of a carbon tax.

How effective this particular carbon tax and dividend proposal will work depends on details not spelled out in the proposal. The proponents propose starting at $40 per ton of CO2, and a lot depends on how quickly the tax rises. They claim that a commission will decide after five years whether to raise the tax, and if it is flat for five years, that would not be adequate. One analysis of the proposal assumes that if the tax rose by $5/year, it would reduce US carbon emissions 40 percent below 2005 levels by 2030. While not as much as we need, it would be a big step beyond the status quo, and could be strengthened as the political will rises to do so.

The authors propose a tradeoff between the carbon tax and regulation. The authors claim, “To build and sustain a bipartisan consensus for a regulatory rollback of this magnitude, the initial carbon tax rate should be set to exceed the emissions reductions of current regulations.”

If this is indeed the effect, the tradeoff might be worth it with respect to the EPA’s Clean Power Plan. According to Charles Komanoff of the Carbon Tax Center, “well over 80 percent of the plan’s targeted reduction in electricity-sector emissions for 2030 had already been achieved by the end of 2016,” so an economy-wide carbon tax is the logical next step. But worrisome is the Climate Leadership Council’s apparently wider scope of reduction of regulatory power of the government, which serves many other purposes unrelated to climate change. And unless the carbon tax is set high enough and is assured of rising regularly, to give away the EPA’s authority to regulate carbon emissions might be a fool’s bargain. The challenge for progressives and environmentalists is making sure that any tradeoff gives us a robust climate fee and dividend.

A deeper question is whether a carbon fee and dividend will stimulate growth. The model suggested here does not give us enough detail, but a similar proposal by Citizens’ Climate Lobby is projected to create millions of new jobs in clean energy, and not inhibit growth. However, as we steadily use up our carbon budget, the level and pace of reduction in greenhouse gases necessary to avert catastrophic climate change may not be compatible with sustained economic growth.

This leads me to question whether the challenge of climate change — more than two decades after the international community became aware of the problem and initiated treaties to address it — can now be addressed through a carbon tax alone. We may also need direct investment in research and development of alternative technologies. We need to make good on our promise in the Paris Agreement to aid poor countries in the transition to a non-carbon future, so that they do not face an intolerable dilemma between economic development and environmental safety. And we may need to manage a scaling down of our consumption in a manner that does not cause widespread misery.

But there should be little doubt that a carbon tax is a key pillar in the battle against climate change, and using the revenue for dividends is an equitable and politically prudent policy. For basic income supporters, it is the closest analogue on the national scale to Alaska’s Permanent Fund Dividend that we can hope for in the near term.

Michael W. Howard is Professor of Philosophy at the University of Maine, USA. He is the coordinator of the US Basic Income Guarantee Network, co-editor of Basic Income Studies, and co-editor, with Karl Widerquist, of two books on Alaska's Permanent Fund Dividend.