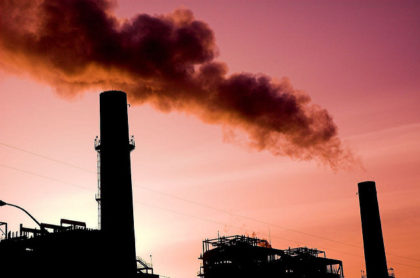 On Tuesday, August 23, the California State Senate voted to approve a resolution calling on the United States Congress and President to enact a national carbon tax-and-dividend.

The proposed tax would apply to fossil fuels, and be applied based on the amount of carbon dioxide that the fuel emits when burned. While it specifies no exact tax rate, the resolution suggests that the tax start low and increase steadily through the year 2050. The intent of the policy is to encourage a shift away from carbon-based fuels, with the ultimate goal of reducing emissions to 80 percent below 1990 levels by 2050.

The dividend is not the focus of the resolution; it is merely stated that “all tax revenue should be returned to middle- and low-income Americans to protect them from the impact of rising prices due to the tax.” The resolution further mentions that, according to a study by Regional Economic Models, a family of four would receive an average of $288 per month after 10 years.

The Citizens’ Climate Lobby (CCL), a California-based group that has been advocating strongly for a carbon fee-and-dividend, applauded the resolution — with 35 volunteers traveling to the state capital to voice their support.

In the United States, the carbon tax-and-dividend has been gaining currency as a possible way to introduce a basic income. For basic income advocates, of course, the interest is in the dividend: a universal and unconditional cash payment distributed monthly to individuals or households. Camila Thorndike of the Chesapeake Climate Action Network spoke about the connection between basic income and carbon tax-and-dividend policies on a recent edition of The Basic Income Podcast. The policy is one under consideration by the newly-formed National Campaign for Basic Income, whose founding member Steve May recently wrote an editorial in favor a carbon tax and dividend in Vermont.

For an analysis of one such proposal, see Michael Howard’s article in Basic Income News: “Size of a Citizens’ Dividend from Carbon Fees, Implications for Growth” (September 14, 2015).

The full text of the California Senate resolution is available here.

Leave a comment United States
The views expressed in this Op-Ed piece are solely those of the author and do not necessarily represent the view of Basic Income News or BIEN. BIEN and Basic Income News do not endorse any particular policy, but Basic Income News welcomes discussion from all points of view in its Op-Ed section.