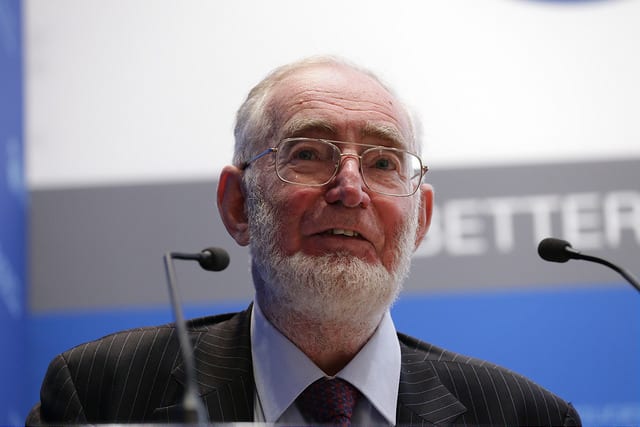 Sir Anthony (“Tony”) Atkinson, a distinguished economist best known for his work on inequality, passed away on January 1, 2017, aged 72.

In the words of BIEN co-founder Philippe van Parijs (Professor Emeritus at Université de Louvain), Atkinson was a “great scholar and a wonderful man, to whom the basic income movement is greatly indebted.” 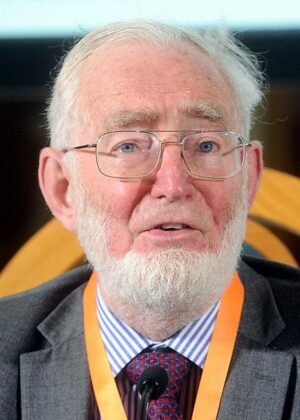 Atkinson began writing on economics in the 1960s, when he published a first book on poverty in Britain and a second on unequal distribution of wealth. Throughout his career, Atkinson’s research focused on issues of social justice and public policy, especially related to income inequality. His recent projects included the World Top Incomes Database and a report on monitoring global poverty for the Commission on Global Poverty of the World Bank.

Atkinson was a remarkable figure in the field of economics and in public debate. He is behind the concern with inequality as a threat to capitalism that is now common knowledge. Most important of all, with the likes of Amartya Sen, he made the field of public and welfare economics respectable, showing how the economy cannot function without a strong, well-funded public sector and a combined concern with pre- and redistribution to make equality of outcome attainable.

Malcolm Torry, BIEN co-secretary and Director of the Citizen’s Income Trust, describes Atkinson’s books, reports, and papers as having always been “packed full of detail, and always with a purpose: to tell anyone willing to listen that poverty and inequality matter, and that changes to tax and benefits systems can reduce them.” 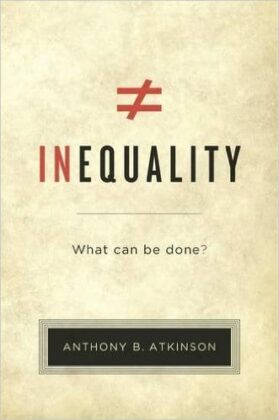 Although he advocated for a participation requirement, Atkinson was an important contributor to the basic income discussion, even participating in BIEN’s congresses. Haagh recounts that, for over two decades, Atkinson was “open about his support for universal grants” at the same time as he also voiced “skepticism about how the proposal would sit with current welfare systems and norms” — a skepticism which, in Haagh’s view, lay behind his suggestion of a participation condition.

“I interpret Atkinson’s concern as not wanting to give up on ideas and practices of cooperation and community in the areas of welfare and economic development. That is why he thought participation was important as a form of legitimacy and for itself,” Haagh says. “Being the mark of honest and curious scholarship, Tony changed his mind on both the form and funding of basic income and participation income over time, explaining his reasons. Tony was critical in making basic income analysis less messianic and part of the wider welfare debate.”

Torry offers a slightly different interpretation of Atkinson’s endorsement of participation income, while agreeing that his work has been instrumental in driving forward critical, evidence-based debate about basic income and welfare policy:

Early in his career he recognised the desirability of Basic Income, but worried that it might be publicly and therefore politically unacceptable to give to everyone an income unconditionally: hence his proposal for a Participation Income. When he first made the proposal in 1992 he privately admitted that it might not be possible to administer a Participation Income: but he never gave up on the idea, and included it in his last book Inequality.

Elaborating upon Atkinson’s scientific approach to these topics, Torry contends that the distinguished economist’s most important legacy might be his development of microsimulation tools for the modeling of tax and benefit reforms:

It is thanks to Tony and his one-time colleague Holly Sutherland that the UK has been a leader in using microsimulation programmes and large survey databases to evaluate a wide range of individual and household effects of tax and benefits reforms. The Basic Income debate in the UK has been as intelligent as it has been because we can use the tools that Tony was the first to develop.

Tony combined a deep desire to reduce poverty and inequality with a social scientist’s pursuit of evidence as to how that might best be achieved. He will continue to be an example to us all.

BIEN co-founder Guy Standing (Professorial Research Associate at SOAS, University of London), a long-time acquaintance of Atkinson, was among the many saddened to hear of his passing. Standing reflects:

I knew him for many years, and was delighted when he accepted my invitation to give an opening keynote to the BIEN Geneva Congress in 2002, where he gave a characteristically optimistic speech about basic income coming in through the back door. Above all, he should have received the Nobel Prize in Economics. His lifelong work on income inequality will be his primary intellectual legacy. It was the real foundation for Thomas Piketty’s influential book. In his final magisterial book, Tony returned to basic income, and his participation income variant of the idea. He was a gentleman scholar.

Note (January 3, 7:30 ET): Since the original posting of this article, van Parijs has contributed an additional short post commemorating Atkinson.

A. B. Atkinson, “The Case for a Participation Income,” The Political Quarterly, 1996.

A. B. Atkinson, “Basic Income: Ethics, Statistics and Economics,” revised version of a paper presented at the Basic Income and Income Redistribution workshop at the University of Luxembourg, April 2011.

Citizen’s Income Trust, “Inequality: What Can Be Done? by Anthony B. Atkinson, a review,” Basic Income News, August 26, 2015.