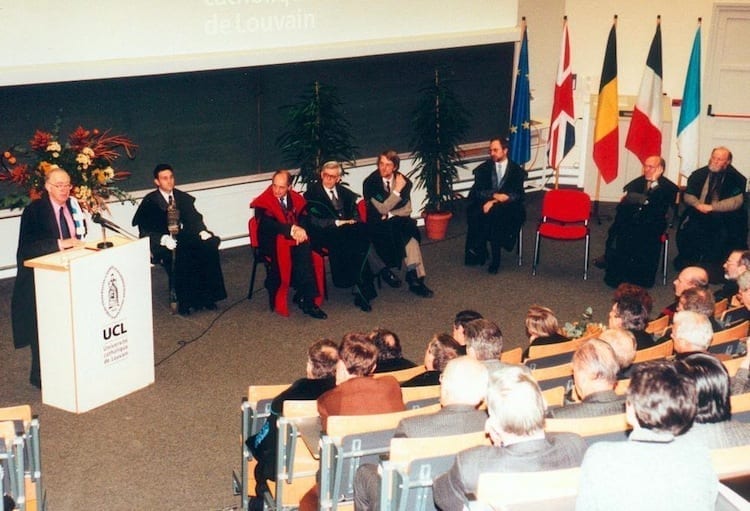 Sir Anthony (“Tony”) Atkinson, a distinguished economist best known for his work on inequality, passed away on January 1, 2017. Atkinson was Centennial Professor at the London School of Economics and Fellow of Nuffield College, Oxford.

In the January 3 issue of Le Monde, Thomas Piketty wrote:

With his distinctive approach, at once historical, empirical, and theoretical; with his extreme rigor and his unquestioned probity; with his ethical reconciliation of his roles as researcher in the social sciences and citizen of, respectively, the United Kingdom, Europe, and the world, Atkinson has himself for decades been a model for generations of students and young researchers.

I could not agree more. This is exactly why Louvain’s Hoover Chair chose to offer him an honorary degree in 1996, on the occasion of its 5th anniversary. This is also why he was invited repeatedly to BIEN-related events.

Unlike his mentor James Meade, Atkinson did not advocate a fully unconditional basic income. In 1993, he wrote:

One has to ask why, despite finding supporters in all political parties, citizen’s income has not yet come close to being introduced. Consideration of this question has led me to the view that, in order to secure political support, it may be necessary for the proponents of citizen’s income to compromise.

This compromise became his participation income: individual, universal but conditional on socio-economic participation in a sense that extends far beyond employment and involuntary unemployment. By defending this compromise with his characteristic honesty and rigour all the way to his last book (Inequality, Harvard University Press, 2015), largely written while fighting against cancer, Tony Atkinson remained up to the end an invaluable fellow traveller for the basic income movement and a powerful intellectual voice in the service of greater social justice.

See also this obituary in Basic Income News for more words of remembrance about Sir Tony Atkinson and his influence on the basic income movement.