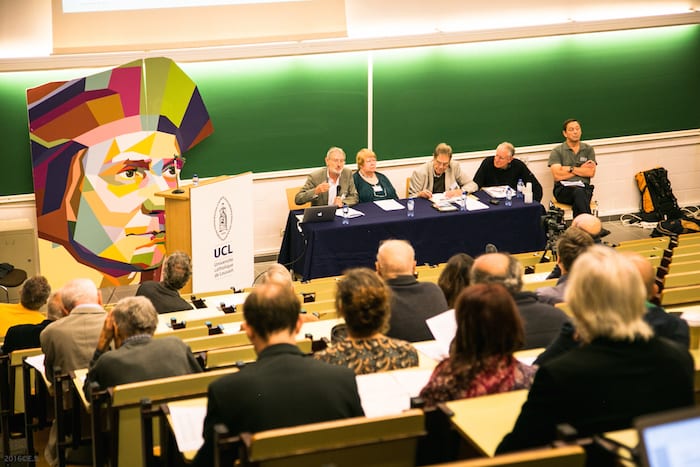 This fall, BIEN celebrated 30th anniversary of its founding. Video recordings of its founders’ reunion are available online.

On October 1, several founding members and other past and present BIEN leaders — comprising three generations of basic income advocates — united at the Université catholique de Louvain (UCL) in Belgium for a conference held in commemoration of the occasion in conjunction with the 25th anniversary of UCLouvain’s Hoover Chair of economic and social ethics and the retirement of BIEN cofounder Philippe van Parijs as its director. (See also a Basic Income News interview in which Philippe discusses the past, present, and future of BIEN.)

Reflecting on the event and the history of BIEN, Belgian entrepreneur and long-time basic income advocate Roland Duchâtelet said:

What impresses me most is that during the 30 years of BIEN many different personalities expressed many different views regarding UBI models, implementation, and the way the organisation should behave… and yet, I do not believe there have been any defectors. Moreover, despite the highly diverse background of the members and their desire to succeed, the organisation managed to keep its harmony.

To me this was the prevailing feeling of the 30th anniversary event: we are a (strong) group of friends. 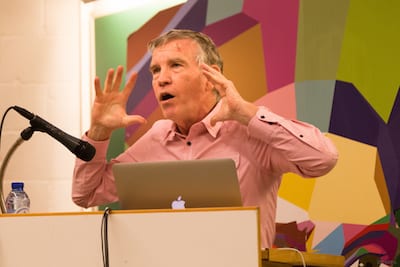 I was in Chair Hoover [in UCL] two months in April and May 2003, while I was writing my PhD. I learnt a lot from Philippe van Parijs during that time, and I had the opportunity to read everything that was published about basic income in that time. (In those years where books and articles were not on internet like now.) I had also the opportunity to share coffees, time and discussions with Axel Gosseries, Hervois Portouis, Yannick Vanderborght, Jurgen De Wispelaere and Myron Frankman who were in the Chair at that time.

It was nice, 13 years later, to listen and learn again from some authors that I have studied deeply. I wish Philippe a very rich retirement. I know that he will continue through his conferences, books and articles to enrich the philosophical thought. We have a lot of things to learn from him yet. Because he is one of the best philosophers of this XXI century.

Two other attendees, Bonno Pel and Julia Backhaus of the TRANsformative Social Innovation Theory (TRANSIT) research project, have written an extended feature article on the event (“BIEN Celebrates Thirty Years: Basic income, a utopia for our times?“), looking at the 2016 UCL event as a reflection of (a photo of) the founding meeting in 1986.

Belgian filmmaker Steven Janssens videotaped six conference sessions: (1) BIEN’s improvised birth, (2) Basic income implemented in the short and the long run (note: a parallel session on the history of basic income was not recorded), (3) Lessons from the Swiss referendum, (4) Promises and limits of past and future experiments, (5) Moving forward, (6) Final reflections.

(Janssens is also the driving force behind the documentary about a basic income pilot in a Ugandan village, with a planned launch date of October 2018.)

2. Basic Income Implemented in the Short and the Long Run

3. Lessons from the Swiss Referendum

4. Promises and Limits of Past and Future Experiments