On Saturday October 1st 2016, the Basic Income Earth Network celebrated its 30th anniversary at the Catholic University of Louvain in Louvain-la-Neuve (Belgium). The picture shows the founding meeting in 1986, but is also quite applicable to BIEN 30 years later. The conference was held at the same location and many of the founders and their fellow militants met in good atmosphere to commemorate the early beginnings of the network. Together with other scholars and generally interested people, they discussed current developments in science and policy and ‘the way forward’ for the basic income movement.

An unconditional income for all

First, the picture is telling for the ways in which BIEN pursues transformative social innovation, namely through the development, discussion and dissemination of persuasive “new framings” and “new knowings”. The seminar room in the picture gathers several individuals who by now have become eminent scholars in economy, social philosophy or sociology. Over the course of three decades and together with activists, politicians and citizens, BIEN members have developed a whole complex of arguments, evidence and framings around the basic income. The idea itself is simple: An unconditional, individual income entitlement, more or less sufficient for fulfilling basic needs, promises real freedom for all.

It offers individual empowerment in the form of income security and the material conditions for a self-determined existence in society, but it is also in many aspects about changing social relations: between men and women (as the conventional breadwinner model is challenged by individual income entitlements), between employed and unemployed (as stigmatization lessens when entitlement is universal rather than for the ‘unproductive’ only), and between employee and employer (the latter’s possibilities to exploit the former are decreased by the basic income security). In current institutional-ideological constellations, the idea of a basic income is bizarre and outrageous for rewarding jobless ‘free-riders’. Apparently relinquishing hard-earned social security arrangements, BIEN members met (and continue to meet) with tough press, sidelining them as ‘irresponsible freaks’. Yet the power of BIEN members’ socially innovative agency resides in showing that it is actually many common ideas about work and income that are outdated, and harmful even. 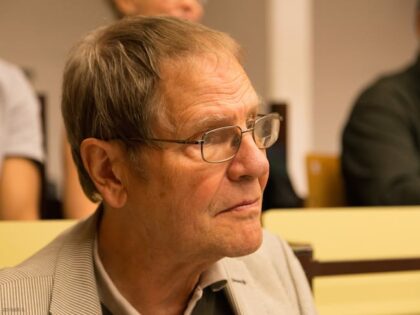 Impressive examples of outdated conceptions were provided by prof. Claus Offe, who argued that we do not earn our income, as commonly believed. Wage flows from labour that forms part of ever-extending production chains of individuals and machines. The availability of jobs fluctuates cyclically, and independently from individuals’ employability efforts. Moreover, the current productivity in highly industrialized countries is possible because ‘we stand on the shoulders of giants’. It is largely inherited from previous generations. So it is rather the current insistence on employability, on meritocracy and on ‘earning one’s income’ that is out of tune with economic reality. Production has become post-individual, and this requires a matching social security system. Harmful effects of a capitalist system that ignores its obviously collective character through individualist ideology include blaming the losers and accepting precarious conditions for some. Economist Gérard Roland outlined how the basic income provides a better trade-off between labor market flexibility and precariousness than current social security arrangements. Sociologist Erik O. Wright views the basic income as a “subversive, anti-capitalist project”. He expanded how the concept allows moving on from merely taming to escaping the globalized, capitalist system. For him, the basic income can provide the basis for numerous social innovations that also the TRANSIT project considers, such as social and solidarity economy initiatives or co-operatives.

BIEN thriving on internal differences: many streams forming a river

Second, based on the variance of people’s clothing, the picture above also visualizes how BIEN has developed as an association of very different individuals. At the conference various founding members recalled the routes they had traveled towards the transformative concept. They arrived at the idea on the search for liberalist re-interpretations of Marx, through feminist commitments, when rethinking meritocracy, as a response to the structural unemployment of the time, or as a logical conclusion of a transforming and ‘robotizing’ economy. The forthcoming case study report on BIEN by yours truly spells out in more detail how these different little streams came to ‘form a river’, as expressed by a founding member. The internal differences between the generally principled and intellectually sharp BIEN members led to fierce debates, it was recalled. According to a longstanding motor, evangelizer and lobbyist for the basic income, BIEN has only survived as a network for members’ capacity to ‘step back a bit’ from their ideological disputes at times, and to recognize what united them. BIEN even thrived on its internal divisions. It functioned as a discussion platform, and helped to institutionalize basic income as a research field. Since 2006, there is even an academic journal on this example of transformative social innovation: Basic Income Studies. 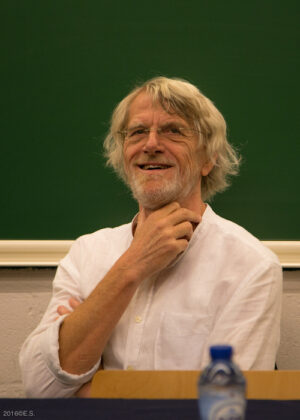 Third, the black and white photo immediately suggests how different the world was three decades ago. At the time of founding, network members and conference participants from various countries had to be recruited through letters. Initially, the newsletter was printed out, put in envelopes and stamped, for which members gratefully sent envelopes with pesetas, Deutschmarks and all the other European currencies, subsequently converted at the bank by standard bearer professor Philippe Van Parijs and his colleagues. Today’s e-mail, website and Youtube recordings obviously make a crucial difference when it comes to facilitating discussion and spreading the word fast and wide – especially for this social innovation that primarily travels in the form of ideas. The presentations on the history of basic income underlined the significance of the communication infrastructure. The history of basic income can be conceived of as a long line of individuals working in relative isolation, often not knowing of others developing similar thoughts and blueprints. The evolution of BIEN very instructively shows the importance of evolving communication channels and knowledge production for transformative social innovation – critical, weakly-positioned, under-resourced individuals no longer need to re-invent the wheel in isolation.

A fourth, telling element the picture above is the confinement of the seminar room. There have been discussions about BIEN’s existence as a researchers’ community, with the expert-layman divides it entails (during this meeting of experts, yours truly fell somewhat in the latter category). There are in fact also other networks of basic income proponents that have rather developed as citizen’s initiatives and activist networks. BIEN, as a network that can boast such a high degree of conceptual deepening and specialization, is illustrative for the ways in which it remains confined in its own room. It is significant in this respect that the current co-chair brought forward two lines along which the network should reach out more. First, BIEN should be more receptive towards and engaging with the various attempts to re-invent current welfare state arrangements. While this may imply using a more practical language and taking off the sharp edges it may yield real contributions to social security. Often these change processes (regarding less stringent workfare policies, for example) are not undertaken under spectacular headings and transformative banners, but they involve application of some basic income tenets such as unconditional income entitlements. A second line for outreaching confirms the importance of comparative research into transformative social innovation like TRANSIT: The co-chair highlighted that BIEN will explore and develop its linkages with other initiatives, such as Timebanks and alternative agriculture movements more actively.

Basic income: a ‘powerful idea, whose time has come?’

Fifth and finally, the seminar room setting depicted in the photo raises attention to the knowledge production that BIEN has been and is involved in. The socially innovative agency of its members can be characterized as ‘speaking truth to power’. Basic income activism has taken the shape of critiques, pamphlets and counterfactual storylines (Thomas More’s ‘Utopia’ being a 500 year-old example), but also featured modeling exercises, forecasts, and economic evidence to support the case. BIEN members’ key resource is their expertise. Moreover, considering the strong arguments and evidence gathered in favor of the basic income over the past decades, there are reasons to be confident in basic income ending up as the ‘powerful idea, whose time has come’. As described in Pel & Backhaus (2016) and currently considered further, it is remarkable how much BIEN seems to have developed in line with the trend of evidence-based policy. The commitment to hard evidence gives rise to an important internal discussion on the recent developments towards basic income-inspired experimentation (such as in Finland and in the Netherlands). The common stance of BIEN members is that these experiments fall short of providing any reliable evidence for their limited duration and scope, and for the system-confirming evaluative frameworks that tend to accompany them. However, there is also a somewhat growing attentiveness to the broader societal significance of experiments and pilots in terms of legitimization, awareness-raising and media exposure. It is therefore instructive for the development of TSI theory to study the basic income case for the new ways in which ‘socially innovative knowings’ are co-produced and disseminated.

Bono Pel (Université libre de Bruxelles; bonno.pel@ulb.ac.be) and Julia Backhaus (Maastricht University; j.backhaus@maastrichtuniverstiy.nl) are working on TRANSIT (TRANsformative Social Innovation Theory), an international research project that aims to develop a theory of transformative social innovation that is useful to both research and practice. They are studying the basic income as a case of social innovation, focusing on national and international basic income networks and initiatives.