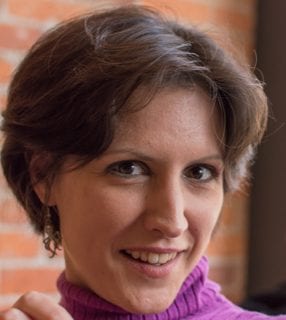 You mentioned valuing clarity of writing, for readers to have correct inferences. Any advice for BI writers? That is, those that want clear writing and to avoid the statistical probability of readers making wrong inferences.

That’s a good question. I feel like this is something I do based on instincts from my training in analytic philosophy, especially philosophy of language. It’s hard to codify that—those instincts—right off the bat.

I do want to stress that one thing that’s special about Basic Income News—sorta in our mission statement, as it were—is that we are clear to make the distinction between straightforward factual reporting and opinion pieces. If you just want the facts, you read one of our news reports, and you don’t have to wade through a bunch of the writer’s own analysis and commentary to get to them. You’ll see a lot of writing that conflates opinion and persuasive writing with reporting the facts, in a way not always conducive to the reader being able to figure out exactly what’s going on. Too often the factual reporting seems like an afterthought.

As much as I can, and as much as BI News can, we try to give people the bare facts. We don’t want to gloss them over with a bunch of fluff about what we think about basic income. It is not our job in news reporting. Our job is to disseminate the latest information about the basic income movement. It is not to make every one piece a persuasive one. It is not to write exciting stories, fluff, and propaganda.

Never, ever selectively misquote or misrepresent information by presenting it out of context! Some people do that, which is why I say always stick with primary sources—the original research reports, the full transcripts, and so forth.

Otherwise, my advice is to learn a lot, do you research from the primary sources, but also read some of the fluffy, superficial, often misleading stories on BI in mainstream media. Pay attention to the awful clickbait headlines. Read the comments sometimes even; notice how people are confused. Let it irritate you. You’ll develop instincts, I think, to write in a way that strives to avoid that. I think it helped me, anyhow.

Some things you said suggest mainstream news sources on BI want to persuade one way or another. Does this seem to be the case? It would be in contradiction to journalistic virtues of objectivity and neutrality insofar as they can be achieved.

Well, I see a lot—I see a lot that’s not necessarily to persuade, but where there might be, I think there are, values that conflict with just straightforward objective reporting. It might not be to persuade people on whether to support BI. It might be just to excite people, hook people, or write a catchier piece… As I say, I’m a philosopher, not a journalist; the ideals I have for prose come from there. Maybe journalists want to engage the reader at the expense of laying out the facts in a clear and complete manner. We’re just trying to concisely summarize the facts and make everything as clear as possible.

So, for example, if you read a journalistic report on a sample survey—this has just happened recently—you almost never get the details you want to know in order to really know what conclusions to draw. The sample size, sampling frame, selection method, response rate—you don’t often get all that. I would want to know that. And I don’t really care what a survey says about people’s attitudes on basic income if you don’t give me the details of the questionnaire design. What exactly is being asked? How it is phrased? I want to know all that before I make conclusions; I think you should make that info available to the reader if you’re gonna bother to report on an opinion survey at all. ‘Course, I should say I was a statistician before I became a philosopher.

Another thing is quoting out of context. There was an example that comes to mind—I won’t name names—of a famous basic income advocate being asked his opinion on when BI would actually happen. The gist of what he said was that we can’t predict, but in saying it, he said something like “It could as soon as 5 or 10 years, but it could be much longer.” It was clearly just this fragment of a larger point about how we just can’t know. But then the journalist just quotes him as saying that BI could happen as soon as 5 or 10 years! Just that! Entirely misleading. Entirely misrepresented his point.

A related phenomenon—a sub-phenomenon, maybe—is jumping on any use of the phrase “basic income” and then quoting the speaker as making a point about what you and I and BIEN call “basic income”. But that’s really too hasty. There was a recent case of a famous businessman who allegedly came out in support of UBI—he said he supported “basic income” (or “Grundeinkommen”, being German)—and people in the media just assumed he meant the unconditional thing. Later, he tweets that he didn’t mean the unconditional thing, but by then, the damage is done, as it were.

Sometimes this is [a] tough one, I have to be honest. Maybe, that’s another thing for the advice: If you’re not 100 percent positive someone means basic income when they say “basic income”, then leave what they say in quotes. Say “They said these words…” But don’t necessarily disquote if you’re not sure what they mean. I mean, equivocation on the phrase “basic income” is a whole other issue—it’s becoming a real big thing, I think, with the Canada movement versus US commentators—but maybe we’ll get back to that.

Another example with the reporting, I guess, is just being misleading through superficiality or vague weasel words. Like, to make basic income seem exciting, maybe a journalist will give a long list of countries that are “pursuing” BI or “considering” BI or something—but what does that even mean? Or maybe they’ll talk about a long list of people who “endorse” or “support” it just because they said something vaguely favourable at one time.

Then you see things—I’ve been seeing this a lot lately—like “Finland, Ontario, and Kenya are beginning pilots.” The problem there a little subtler, but you see it? That suggests, I think, that the governments of Finland, Ontario, and Kenya are all planning pilots. Kenya? They must be thinking of GiveDirectly, a private charity based in New York that happens to be operating in Kenya. I think it’s important to keep those private efforts distinct from the government-sponsored ones. That’s an important distinction. It’s one sort of thing you often see just casually elided.

I could go on—those are just some examples off the top of my head—but I hope you get the idea. I think that, with most journalism on BI, it’s about saying the bare minimum to be interesting and provocative—don’t bore readers with too many facts and details and distinctions, maybe—at the expensive of saying enough, and saying things clearly enough, to really give a good and accurate sense, knowledge, of what’s going on in the world.

Your background in philosophy at the graduate and doctoral level seems relevant to me. It obviously helps with your clarity, rigour, and simplicity to the point it needs to be to present ideas. For BI, it can come along with different terms and phrases, for different ideas associated with, but not the same as, BI.

Yeah, that’s definitely—that’s a whole ‘nother thing. I try to point to it when it’s relevant. And I try to be consistent in my own terms, and of course to keep my uses consistent with the official definition agreed upon by BIEN—a periodic cash payment unconditionally delivered to all on an individual basis, without means test or work requirement.

The US BIG site actually has a pretty good primer on some of the different terms, and I tend to follow its usage for BI and UBI versus BIG and so on. But sometimes it’s tricky, especially with the BIG versus BI distinction, which you see conflated a lot these days.

“BI” and “UBI” are both often used to refer only to policies where everybody gets a check of the same amounts—no clawbacks with additional earnings—but sometimes people use them more generally to include policies that include what you might otherwise hear called “guaranteed minimum income” or a “guaranteed annual income” or a “negative income tax”; these are policies where everyone’s assured a minimal income floor, unconditionally, but the amount you receive is clawed back as you earn more and more on top of this floor. That’s what Ontario’s almost certainly gonna pilot next. It won’t be everyone in the pilot getting money. It’ll be that everyone’s guaranteed money if their income drops low enough—but, assuming Hugh Segal’s advice is followed, it won’t be the rich people in the sample also getting the check.

But sometimes you’ll see things like “Ontario plans to give all its residents an income boost”—because people hear “basic income”, and elsewhere they hear “basic income” to mean “checks to everybody, even then rich”, and they put two and two together, incorrectly. Sometimes all these policies together are referred to as a “basic income guarantee”, a “BIG”, with the GAI/GMI/NIT and the UBI (or “demogrant” as it’s sometimes called) being different types.

I can see this becoming a real problem—confusing these types of “BIGs”, equivocating on the term “basic income”—for people’s understanding and interpreting past and present pilots, and understanding how they revolve around the current debate, and I do hope to write a full-length article about it in the new year, if it keeps being problematic.

I’m realizing that what I’m talking about is not so much too many phrases for BI—but the term “basic income” being used to mean too many things. That might actually be the bigger problem, in fact, especially in the States. In addition to this equivocation with “does it entail giving money to the rich”, there’s this issue with some people, it seems, thinking that anything called “basic income” by definition replaces the whole rest of the welfare state. But that’s not true. But writers sometimes talk that way, and it leads to confusion and misconceptions.

And there’s also an issue about whether a “basic income” is, by definition, enough to live on. I think writers occasionally go in both ways. They probably sometimes equivocate, which would be bad… There’s been some controversy in BIEN caused by precisely this last concern, in fact. I think you can read about it some in Toru’s report on the controversy about the definition at the last BIEN Congress.