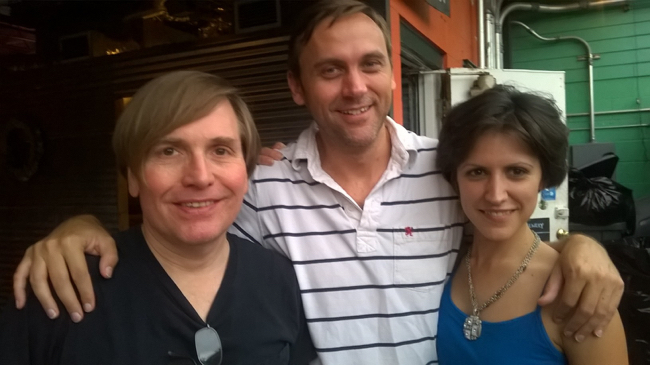 The third US Basic Income Create-a-thon took place in New Orleans, Louisiana from September 9 to 11. The event was organized and hosted by Scott Santens, and attended by two members of BIEN’s Executive Committee: Karl Widerquist (co-chair) and Kate McFarland (news editor).

One project launched at the create-a-thon was “Basic Income MediaBites”–a database of timestamped videos (e.g. the “most quotable” moments of lectures and interviews about basic income) and images based upon quotes from said videos. Basic Income MediaBites is intended to be an ongoing collaborative project. The database is a shared document to which anyone can contribute. 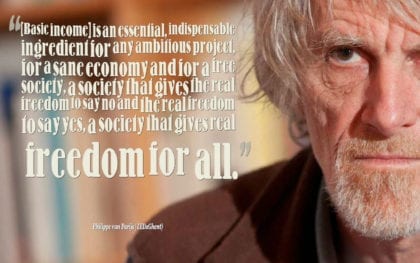 One of the images created at the create-a-thon, featuring a quote from BIEN cofounder Philippe van Parijs’ TEDxGhent talk

Also at the create-a-thon, Karl completed his article “The Third Wave of the Basic Income Movement“–which, as the abstract states, “puts the current wave of support into this historical context to help understand why the movement is taking off now and how to build on it”.

The first two Basic Income Create-a-thons were held in San Francisco and Los Angeles in November 2015 and April 2016, respectively. The Universal Income Project promotes and assists the convocation of create-a-thons throughout the United States.

For more details about the projects pursued at the New Orleans create-a-thon–and a variety of quote and slogan images–see the official Tumblr page of the event.

Special thanks to Kate’s supporters on Patreon (for helping her to both write news like this and attend events like this).