FRANCE: Minister of Economy says he is open to basic income 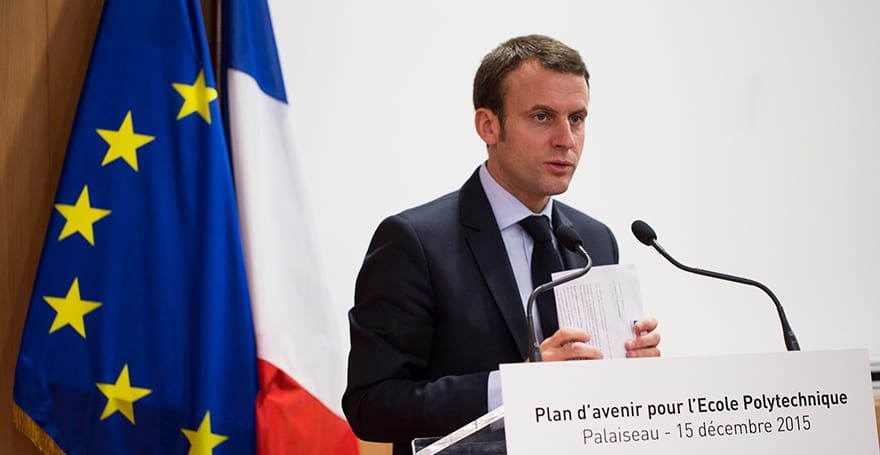 Basic income continues to make headway in France after the Minister of Economy and the Minister for Digital Affairs sent positive messages about it.

Interviewed in the popular radio and TV show Bourdin Direct, Emmanuel Macron, the French Minister for Economy, said he believed in the principles behind basic income and thought the topic deserved to be investigated further:

“Basic income is an interesting idea. The debate shouldn’t only be about being pro or against, but I think it’s an idea we should investigate further. Why? Because it means giving the possibility to everyone to have a starting point in life. This is the idea of basic income. There is also the idea of having a basic capital [a one-off payment given to everyone] for all persons of a certain age.”

“Ultimately, it refers to what philosophy we have of our society. Personally I believe in freedom, I believe in openness (…) I think the role of the state is to recreate conditions of equality at every moment in one’s life: at school, when starting one’s professional life, and when life accidents occur, through social standards and social benefits and education policy for unemployed persons (…). But I don’t believe in egalitarianism, rather I believe in equal opportunities; and the idea of basic income or basic capital for all goes in this direction and I’m interested in this.”

The interview was broadcasted live on January 20, you can listen to the extract about basic income below:

“Basic income is following the natural course of history”

The night before however, the French National Assembly had rejected several amendments calling on the government to carry out a comprehensive study on basic income to assess its feasibility and explore different ways to implement it.

The amendments were championed by Socialist MP Delphine Batho and her Republican colleague Frédéric Lefebvre in the context of a current bill on so-called ‘Digital Republic’, and were meant as a follow-up of the release of an important report on the transformations of work in the digital era.

The night just before the French National Assembly rejected the amendments by only one vote. However Luc Belot, rapporteur of the bill, and Axelle Lemaire, Minister for Digital Affairs, said they were open to the idea.

“The idea is very seductive and could find consensus across all political parties – as long as we don’t go into the details” said the Minister. “In reality this sort of unique safety floor could lead to removing many benefits such as student grants, family and housing benefits and others. On the other hand, one may also consider the possibility that basic income could complement other social benefit schemes. The debate is infinite. You are right to raise this question, and to do that today. In fact, this subject is definitely following the natural course of history.”

However, both the Minister and rapporteur called on the MPs to reject the amendments on the ground that the topic fell outside of the focus of the bill being discussed. They invited MPs to include basic income into the work of another parliamentary working commission led by Christophe Sirugue, which has been tasked to produce a comprehensive review of the welfare system.

The French Movement for Basic income (MFRB) has been asked to contribute to the commission’s work. “We are currently working on providing concrete proposals to pave the way towards basic income” said researcher and MFRB member Jean-Éric Hyafil.