Scott Santens, “Basic Income is Impossible (And so were all of these other ideas)”

Scott Santens, “Basic Income is Impossible (And so were all of these other ideas)“, 2015 January 07 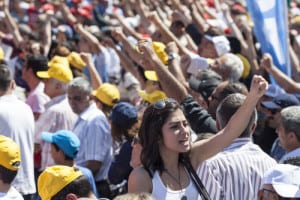 Guy Standing, “The Growing Precariat: Why We Need a Universal Basic Income”

Len Burman, “Do Senators Lee and Rubio Have a Secret Plan to Help Poor Families?”

The proposal includes a fully refundable personal tax credit. “It would be equivalent to a cash transfer payment that every adult could receive even if they had no income or tax liability– they’d just need to file a return and claim it.”

Jurgen De Wispelaere, “The Struggle for Strategy: On the Politics of the Basic Income Proposal”

ABSTRACT: Policy interest in the basic income (BI) proposal is booming, but remarkably little attention is spent on systematically examining political strategies to build robust enabling coalitions in favour of BI. This paper reviews two thorny problems that affect the coalition-building efforts of BI advocates. The problem of cheap political support suggests most BI support may be of little value to further its implementation, while the problem of persistent political division argues superficial agreement amongst committed BI advocates may mask persistent disagreement on which precise model to adopt. The paper discusses the relevance of each of these problems for BI politics, employing both analytical arguments and brief illustrations taken from debates in various countries.

Jurgen De Wispelaere, “The Struggle for Strategy: On the Politics of the Basic Income Proposal“, Institute for Health and Social Policy, McGill University