ITALY: 1000 squares for the “income of dignity”

Many associations, collectives, social movements, students and activists have joined the “Rete dei Numeri Pari” (Even Numbers Network – to which BIN Italia (Italian Basic Income Network) is also a part of), promoting a social campaign for the “income of dignity”. There will be 1000 squares across the country hosting public initiatives, debates and meetings where people will talk about the income of dignity proposal (a sort of guaranteed minimum income).

From the appeal: 1000 squares for the income of dignity
“Poverty, precariousness and inequalities are the reality of social suffering of millions of people in Europe and Italy, who pay the burden of a crisis they did not produce. All these people try to evade blame and responsibility, but we have not forgotten that it is the result of precise political and social choices. […] Over the years, we have witnessed the collapse of social policies: cuts in health, public transport, and social cooperation. We witnessed the rising cost of education and saw the right to study disappear from government agendas. Working conditions have worsened: the generations are divided between those who struggle to find a job and those who work in unacceptable conditions. This is evidenced by statistics on poverty, which now affects one Italian on three, while five million people are in absolute poverty.

We cannot wait anymore. […] Against growing social inequalities, it is necessary to affirm a new idea of ​​society and solidarity.

It is necessary to break the chains of solitude imposed by this economic system. We must guarantee the fundamental right to a life worth living. The introduction of a guaranteed minimum income and the provision of quality and universal public services are the bases for a new system of social welfare and social security to protect people from poverty, mafia and work without rights. […] Despite the mobilization of so many, many of whom have in the last few years created a proposal for “guaranteed minimum income”, the government has instead chosen to promote “Inclusion Income”, a totally unsatisfactory proposal for the number of beneficiaries and resources invested, which does not even respond to the needs of a third of the population in relative poverty. […] Government and parliamentary measures have introduced an unconstitutional form of “selective universalism” […]

From the 16th of June, the “Rete dei Numeri Pari” will be in the squares […] We will act alongside women who want to get rid of a model of patriarchal and masked society. We will act alongside migrants to build together the right to a true and friendly citizenship. We will be in the streets with students for free education. We will mobilize with the impoverished labor force: employees, intermittent, precarious, and all workers who suffer due to the burden of the labor policies of these recent years.

We will be in over one thousand squares to say that an alternative society is emerging from the bottom and that we must mobilize together.” 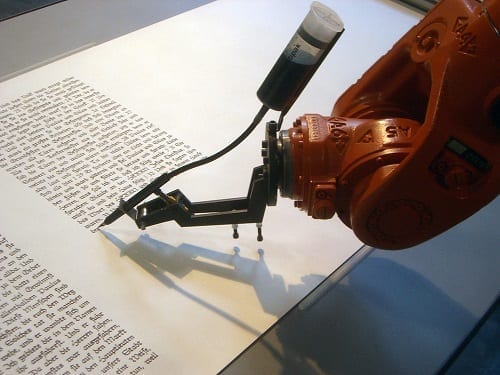 Basic Income Network – Italy has just released a new book: “Guaranteed income and technological innovation, between algorithms and robotics“, which will be available in bookstores on the 22nd of June, 2017. In addition, the book is available online through publisher Asterios Editore.

The book opens up a global topic of interest: the links between the fourth industrial revolution, robotics and artificial intelligence, platform capitalism, and basic income rights – to the Italian populus. The publication documents a debate that involved a large group of academics, scholars, researchers and activists who were ready to make a say in favor of basic income as a social guarantee. This is particularly important at the time of technological innovation, which requires new mental and cultural paradigms, even before political and institutional ones.

Within the book fifteen authors reveal variant perspectives, beliefs, and views on basic income. The contributors agree that social protections and its mechanisms need rethinking, in order to bring forth a guaranteed basic income.

A fil rouge runs through the words and ideas of the books essays: in the digital age, look at the present and toward the future in order to recognize a collective right that allows each individual to participate in the redistribution of wealth produced by social networking, among other rights. The political and social pushor a basic income is thus understood to challenge social injustice and enable an individual and collective self-determination within a new type of ​​society.

Because, most probably, as is quoted by Philippe Van Parijs in this book: “One day we will wonder how we could live without a basic income…”

Authors / articles in the book:

Sandro Gobetti, Google al governo e reddito per tutti? (Google to the government and income for everyone?)

The bitter Italian situation: no basic income and false protection for the poor

Basic income began to be debated in Italy from a diverse range of viewpoints about 4-5 years ago, when two law proposals were submitted to the Italian Parliament: one a part of the 5S Movement and the other the outcome of a popular initiative which had more than 50,000 signatures (the necessary threshold according to the Italian Constitution) collected by a pool of political and civil society associations. The role of Bin-Italy, which took part in the judicial extension of the latter text and played a consulting role for the 5S Movement, was particularly important. The two proposals have much in common (for example, that the financing burden falls on collective taxation, that the provision should be individual and not family-based, that the beneficiaries should have, at least at the beginning, an income below the threshold of relative poverty) but also have some differences, especially as to the degree conditionality is concerned.

For the 5S movement the possibility of refusing a job offer is a constrained to a maximum of three times and there is an obligation to work a number of weekly hours in community service. For the law of petition (BIN-Italy law), it introduced the concept of “fairness”, that it is possible to reject any job offer, which is considered “unfair”, since it is in line with the following three parameters: 1. the salary level is lower than previous jobs held or not in line with contractually stipulated pay rates (in the case of the young searching for their first job, without success); 2. the job is not in line with the qualifications and skills of the job-seeker; 3. the workplace is more than 70 km from the job-seekers residence.

Currently, these laws were discussed in the appropriate Labour Committees of the House and Senate but have not yet been put up for voting because the government chose other paths: in March, the new government approved the introduction of Reis (Social Inclusion Income) which presents very different characteristics from basic income and cannot also be considered a minimum income according to the parameters of the EU (PE Resolutions 2009, 2010, Charter of rights, the 1992 Commission Recommendation). Reis is only paid to families that have a total taxable income of less than € 3,000 a year (a ridiculously low amount), have a dependent or a disabled or at least two children and the breadwinner is over 55 years of age. Moreover, Reis includes an obligation to follow a path of integration to work, under penalty of revocation. The available financial resources amount to € 1.1 billion for 2017 and it is expected to increase to € 1,6 billion in 2018. The result is that only ¼ of households in absolute poverty can be helped. It is an expense of 0.1% of the national GDP in a country that already in social spending (net of pension) spends less than half of the average for European countries. The expense to cope with the two proposals for a real minimum income is between € 14 and 16 billion, according to different official statistical sources.

The current debate has given way to some experiments at the local level. Among these, the City of Livorno is testing (for a period of only 6 months), the introduction of a form of income support. To this purpose it has been allocated € 300 thousand. The municipality received 997 applications. Among the requirements was residency in the municipality for at least five years, unemployment status, registration at the employment center and a family income not exceeding € 6530 gross per year. In exchange for € 500 monthly, the municipality invited successful applicants to perform socially useful work.

Some Italian regions such as Puglia, Friuli Venezia Giulia, Lombardy have anticipated the governmental model of income support for those in absolute poverty and dependent children or only for the long-term unemployed and often with the obligation to carry out community service: in any case these are not even remotely sufficient to restore decent living conditions. The governor of Apulia Mr. Emiliano even spoke about the cleanliness of the palm leaves on the Bari seafront!

Acceptance with the condition of performing “community work” has been extended to unemployed and workers temporary outside production because of restructuring. Most minimum income experiments at local level are thus more like workfare programs, if not just poverty benefits still tied to a purely assistance-concept, selective, and on a strictly family-oriented basis; this has little to do with a ‘idea’ of ​​a basic minimum income which is also an instrument of freedom and personal self-determination. Further, they are not in line with the instruments already in place in more European countries of fighting social exclusion.

In conclusion, not only is there no actual testing of basic income in Italy, nor are there even forms of guaranteed minimum income consistent with EU parameters. Finally, there is a generalizing culture of coercive control on beneficiaries and induction to accept any kind of work. This is paradoxical in a country known to be free from the implementation of efficient active policies in the labor market and efficient employment services and training.

Last, but not least, in Italy we suffer from a cultural delay regarding the idea that basic income is mainly a primary income. It is a means of remuneration, and not only passive assistance, of all the lifetime that today is put to labor and to value but not yet certified as productive labor and, hence, paid. It is not even related to the fact that unpaid labor is sharply increasing.

Ebook: Guaranteed income and technological innovation, between algorithms and robotics

This is the seventh publication (March 2017) of the “Notebooks for Income” (QR – Quaderni per il Reddito) series, by the BIN Italia. Fifteen authors contributed to the Italian debate on topics such as robotics, gig economy (task-based economies), artificial intelligence and basic income (within the Italian context).

The book is free and can be downloaded here in Italian (.pdf) 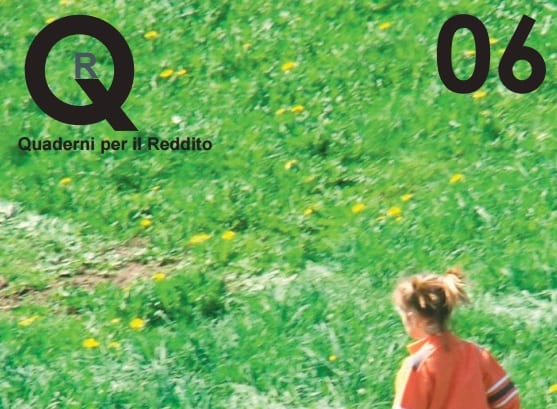 “Notebooks for income”, a special issue for the Women’s Global Strike: “Basic income for self-determination”

For the Global Women’s Strike on 8 March 2017 Basic Income Network – Italy published a special issue of the “Notebooks for income” (QR – Quaderni per il Reddito) entitled “Basic income for self-determination”.

Eleven italian women authored the free ebook who, with their articles, contribute to the Italian debate about basic income as an income to support self-determination.
The special “Notebooks for income” can be downloaded free by clicking here (in Italian)

To read all the other “Notebooks for income” click here