Rana Bokhari, leader of the Liberal party in the Canadian province of Manitoba, has come out publicly to say that the party will conduct two basic income pilot projects if they are elected in April 2016.

Their proposed projects bear some similarities to the “Mincome” experiment undertaken in Dauphin and Winnipeg (Manitoba) in the 1970’s. The Mincome experiment, however, was cut short when a new government was elected in 1979, and a final report was never issued. Moreover, the Manitoba liberals believe that those results that were recorded from the Dauphin experiment are now dated, and new data are needed to make accurate policy decisions. 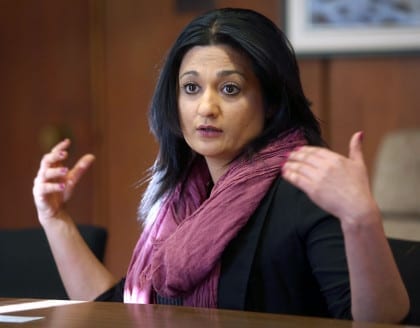 Bokhari has stated that introducing a guaranteed income has potential to be cost-effective and beneficial. Although she acknowledges that the plan has complications, she believes that its potential payoffs make it well worth trying. As she says, “If we want to reduce poverty, if we want to take care of those who are most vulnerable in our society, we need to start taking a much more aggressive approach.”

Indeed, Bokhari believes that the basic income pilots would give Manitoba the opportunity to position itself at the vanguard of an important global movement, stating “Manitoba can and should lead the country and the world in this area.”

For more on this topic, see:

VIDEO: Julien Damon, “A universal income – what it is and how it works” 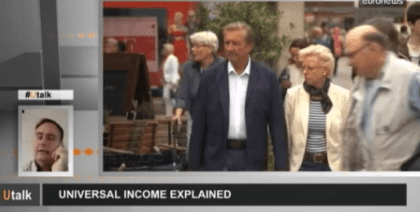 This video explains in a very accessible way what basic income is, and how it works. The video is from UTalk, and comes as a response to a question from a UTalk user asking what basic income is all about. The answer comes from Julien Damon, who is an associate professor at Science-Po Paris.

INTERNATIONAL: Webinar – Universal Basic Income, What is it and Could it Work?

The UK-based forum GlobalNet 21 invites everyone to join a webinar in which they will discuss the idea of a Universal Basic Income with Basic Income UK, a collective of independent advocates of unconditional basic income as a progressive social policy for the United Kingdom and beyond.

In the event description, GlobalNet 21 states, “When the nature of work is changing fast and the benefit system we have seems not fit for [its] purpose, then maybe it is time to look at the Universal Basic Income as the way of the future.”

This webinar is being run in collaboration with the New Europeans as part of a series of events on Basic Income in Europe.

More details can be found at the meet-up page. 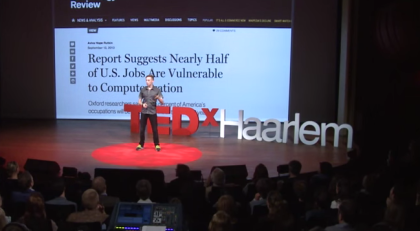 In this TEDx talk, Federico Pistono describes some of the challenges of capitalism and how these challenges are matched by the tenets of basic income.

According to the video description, “Federico Pistono is a futurist, social entrepreneur, hacktivist, public speaker, founder and CEO of konoz – a startup that curates and organizes educational videos, whose mission is to become the largest online community for free learning in the world – and he’s author of the best-selling book ‘Robots Will Steal Your Job, But That’s OK: How to Survive the Economic Collapse and Be Happy’, which has been translated into Spanish, German, and Italian. He lectures regularly at Universities and Fortune 500 companies about the future of humanity.”

This video is from a TEDx event using the TED conference format but independently organized by a local community.

See the video at: