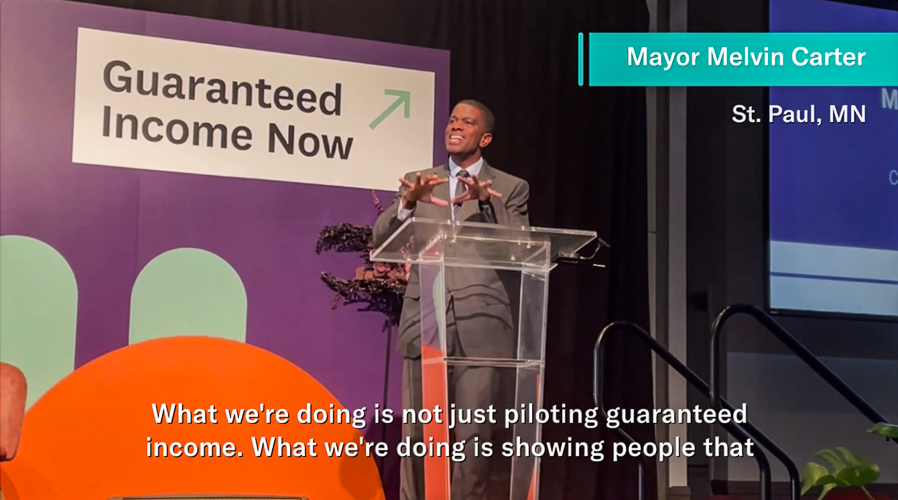 The 2022 Guaranteed Income Now summit was an opportunity to mark the movement’s recent progress — there are now officially 100 mayors who have joined Mayors for a Guaranteed Income and 100 pilots announced in the United States.

The 2-day summit in Atlanta brought together pilots, policymakers, researchers and more. This event was about getting inspired and recognizing the work that the US Income Movement community has been doing, Check out the clip below featuring Mayor Melvin Carter, the mayor of St. Paul, Minnesota.

On the pilot side, an exciting new tool debuted during the summit: Stanford Basic Income Lab’s Guaranteed Income Pilots Dashboard. This dashboard was designed to visualize data from 30+ guaranteed income pilots across the United States. It also includes testimonies from participants, which shed light on ways in which unconditional cash is giving people the freedom to build financial security and change their own lives for the better. Explore the dashboard here.