Why UBI should go global 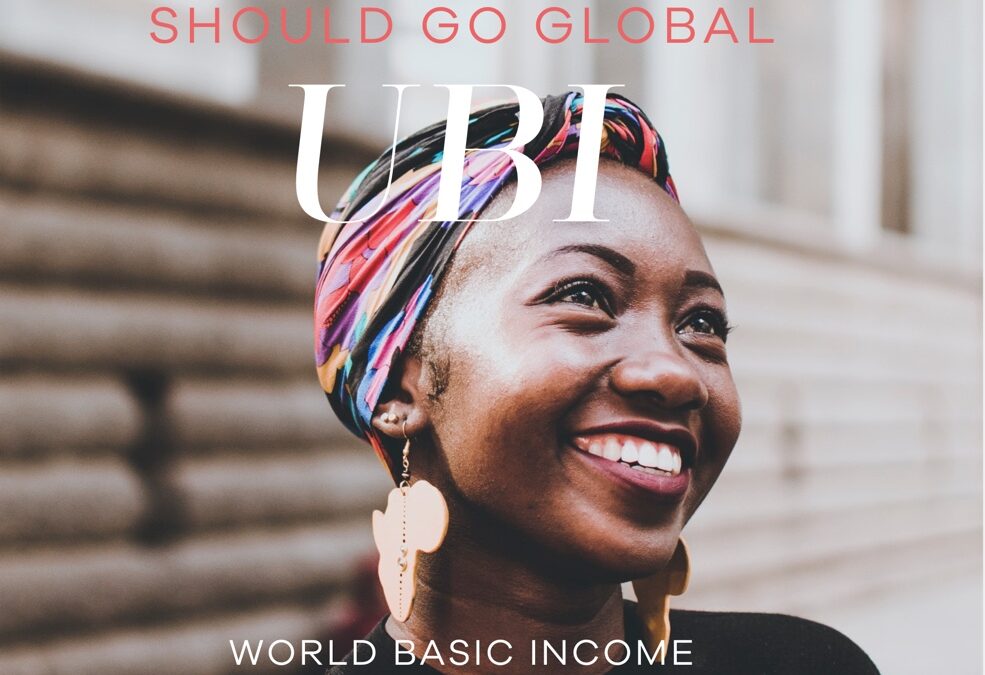 New research from World Basic Income finds that more than half of the world’s people live in countries where UBI could reach only $5 to $18 per person per month on average, as a result of global inequality and national income constraints. To support UBI activism in lower income countries and ensure that people everywhere can receive a sufficient UBI, the group proposes topping up this amount with a worldwide basic income of $30.

The briefing uses World Bank data to uncover how much money flows through each country every year, and how much of it could be taxed and redistributed as UBI.

The analysis shows that UBI could reach a maximum of $12 per person per month in India, $3 in Afghanistan and just over $1 in Burundi, if governments tax and redistribute cash at the average rates for each continent. Even if these countries managed to spend as much as France (the highest-spending country) on cash benefits, UBI could reach only $36, $10 and $5 respectively.

Laura Bannister, World Basic Income’s campaign director, explained, “Global inequality is deeply unjust and much more severe than many people think. Gross national income is just $811 per person per year in an average low income country, and in Burundi it is $270. Governments of these countries should still be pushed to implement UBI, but there just isn’t enough money flowing through these economies to enable payments at the level people need and deserve.”

Frank Kamanga, Director of Universal Basic Income Malawi and a member of World Basic Income’s International Advisory Board said, “I was motivated to join the universal basic income global movement because of the inequality that I observed in the world, especially between the Northern and Southern hemispheres. Currently with our resources it isn’t possible to have a universal basic income in Malawi, but with support from development partners we could manage to have such a policy.”

The briefing proposes a new mechanism for such support – a worldwide basic income of $30 per person per month, which would underpin national UBI efforts. It would be funded at the global level through taxes and charges on transnational corporations, and would be paid directly to every person worldwide that registered with the scheme.

“An extra $30 a month for every adult and child would be hugely significant for at least half of the world’s people,” said Laura Bannister. “These people deserve better from the world economy. Today’s extreme inequality between North and South is the result of a shameful history that the UBI movement should be aiming to help redress. UBI has incredible potential to reduce inequality and it’s time to apply that between countries as well as within them.”

Frank Kamanga concluded, “Poverty by its nature is inhumane, it steals away dignity and it denies people opportunities. A radical approach to do away with poverty at the global scale is implementing universal basic income.”

World Basic Income is co-ordinating a growing movement to take UBI to the global level. You can read their paper ‘A UBI for Half the World’, join their webinar on 21st September ‘Should UBI be provided by the UN?’ or donate here to support their crowdfunding campaign.