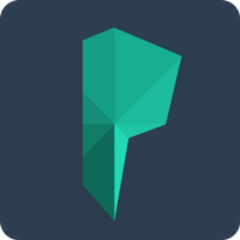 A new survey focused on basic income has been published by College Pulse (December 2019). 2000 college students were asked several questions, among which, for instance, if they supported the implementation of a basic income in the United States, such as that proposed by Presidential Candidate Andrew Yang, and what they would use the money for, if they did receive this unconditional stipend.

Overall, the survey showed that a clear 66% of Democrat-leaning students favored basic income, although also two-thirds of these are not confident this policy to ever become a reality in the United States (overall, 83% of students felt this way). Expectedly, only 18% of Republican-inclined students backed the idea. Support for basic income is also different depending on the subject’s race: while 47% of whites supported basic income, a much higher 62% group of non-whites were in favor of it.

The reasons to oppose basic income also varied, among respondents. A 34% majority (of those opposing) agreed that basic income should not be implemented because money should be earned (the laziness argument), while 30% argued the policy would be too expensive (the cost argument), and finally 8% concluded that this would lead people to misspend the money (the (lack of) trust argument). This is overall, but finer results show that Democrats are much more likely to refuse basic income on the grounds of excessive cost, whereas Republicans are over 50% inclined to oppose the policy convinced people would stop working if they received a basic income.

Although a significant majority of Democrat-leaning students (84%) considers that a Presidential Candidate who clearly defends a basic income implementation in the United States, either doesn’t change their vote tendency or increases the chances of them voting for such a Candidate, only 8% think the policy should be a priority over this next political cycle. These students prioritize, the results show, universal health care and stricter environmental laws.