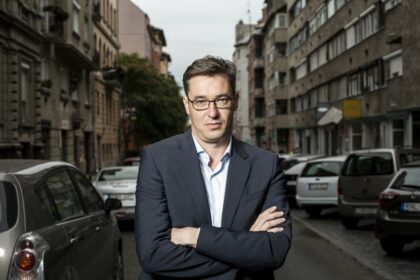 It’s Budapest, October 2019, and there’s a new mayor in town. Gergely Karácsony is his name, and has physically taken office on October 17th, arriving at Budapest City Hall on a simple city bike, instead of a couched high-end car used by other famous politicians. More relevant still, Karácsony is known for his progressive, left-wing ideas, contrasting with the Hungarian government far-right policies at the moment, under the iron grip of Viktor Orbán, the country’s Prime Minister.

Karácsony has been elected to lead the Hungarian capital, having run against István Tarlós, the incumbent supported by the ruling coalition Fidesz–KDNP. The former’s coalition comprises several liberal and left-wing parties, including his own Dialogue for Hungary. This united opposition has also gained momentum in other Hungarian urban centers, while Orbán’s Fidesz party still controls rural areas (and part of the urban areas, as far as local elections are concerned). This opposition, however, still looks more like a resolute stand against the Prime Minister autocratic regime, rather than a consistent left-wing progressive movement across the country.

Under his time in office, Karácsony will try to fulfill his campaign promises, namely easing the housing crisis, stop evictions and provide care for the most vulnerable. He also intends to “build a free and green twenty-first-century European city”, which means slashing carbon emissions, investing in public transportation, cycling infrastructure and closing the circle on corruption. On income policy, he has favored the implementation of a universal basic income (UBI) in Hungary, which is the exact opposite of where Viktor Orbán stands, on that issue. The latter has referred to UBI, in fact, as “an utterly unthinkable approach”.

The term “iliberal democracy” has been coined by Orbán himself, as a compact description of his own regime. Over this background, Karácsony’s policies and the left-wing progressive movement he represents couldn’t be more in opposition to the politics that have swept the country for almost a decade now. It remains to be seen if this movement can stand a chance of taking hold of Hungary in the next few years, along with the promise of a more just and humane social system, probably involving something like a UBI. In any case, Gergely Karácsony is a man to be followed closely at the moment.

2 comments Budapeste, Hungary, politics
The views expressed in this Op-Ed piece are solely those of the author and do not necessarily represent the view of Basic Income News or BIEN. BIEN and Basic Income News do not endorse any particular policy, but Basic Income News welcomes discussion from all points of view in its Op-Ed section.