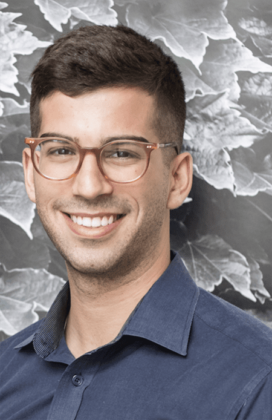 Jonathan Herzog is a Democratic candidate currently running for US Congress in New York’s 10th District. He is attempting to unseat Rep. Jerrold Nadler, chairman of the House Judiciary Committee, in next year’s election.

Herzog is a former Iowa campaign staffer for US Presidential candidate Andrew Yang, who is currently polling in sixth place according to the polling average by RealClearPolitics.

Herzog has adopted many of Andrew Yang’s policy positions, including Yang’s central campaign pillar – The Freedom Dividend – where all Americans above the age of 18 would receive $1000 each month, regardless of their income or employment status.

Dawn Howard: When did you first become aware of basic income?

Jonathan Herzog: I learned about Universal Basic Income a long while ago, but first committed myself seriously to fighting to make it a reality when Andrew Yang launched his bid for President.

DH: Have you been in touch with the Yang campaign or Andrew Yang himself since you announced? If so, what has the response been?

JH: Andrew and the entire Yang campaign have been so awesome and supportive!

DH: Do you believe that others will follow your lead in running for office on a platform of Universal Basic Income because they were inspired by Andrew Yang’s campaign?

JH: A number of folks in New York and across the country have already announced their runs for Congress on Universal Basic Income, such as James Felton Keith and Chivona Newsome in NY, as well as David Kim in Los Angeles. It’s incredible to see the momentum – 2020 is the year to bring it across the finish line.

DH: Given that poverty is typically considered a bipartisan issue, how feasible would it be to implement a small-scale basic income pilot in one of the boroughs of New York City, given the state’s current budget concerns and overall political climate?

JH: We’re seeing a number of local basic income pilots arise in cities across the country, but they’re mainly privately financed. No single entity has the requisite scale or scope to pass basic income other than the U.S. federal government. It’s why I’m running for Congress. The goal is to implement Universal Basic Income nationwide in 2021.

DH: One of the things that has been so fascinating to watch as Andrew Yang’s campaign grows is the way that many Trump supporters and conservatives gravitate towards his message and ideas – particularly The Freedom Dividend of $1000 every month. Have you been receiving a similar response from conservative voters in your district?

JH: The message truly is “not left, not right, but forward.” My district is heavily Democratic, but even so, the bipartisan appeal of the Freedom Dividend is resoundingly clear.

DH: Many activists within the basic income community posit that our current economic system (capitalism) is inefficient and unsustainable and that eventually, we must transition to a system that better addresses the core needs of humanity and the planet’s ecosystem. Do you see basic income as a type of incremental step toward this transition?

JH: I think Andrew Yang offers us a meaningful way forward with what he calls “Human-Centered Capitalism,” which essentially refers to a more inclusive set of measurements to measure economic progress and growth, including environmental sustainability, mental health, and freedom from substance abuse, and other quality of life metrics. Basic income is part and parcel of this transition to a more sustainable, healthy, human-centered economy.

If you would like to learn more about Jonathan Herzog, you can visit his web site: www.herzog2020.com

One comment Jonathan Herzog, NY State Congress, UBI, United States Congress, Universal Basic Income, US elections
The views expressed in this Op-Ed piece are solely those of the author and do not necessarily represent the view of Basic Income News or BIEN. BIEN and Basic Income News do not endorse any particular policy, but Basic Income News welcomes discussion from all points of view in its Op-Ed section.