Book review of “The War on Normal People” 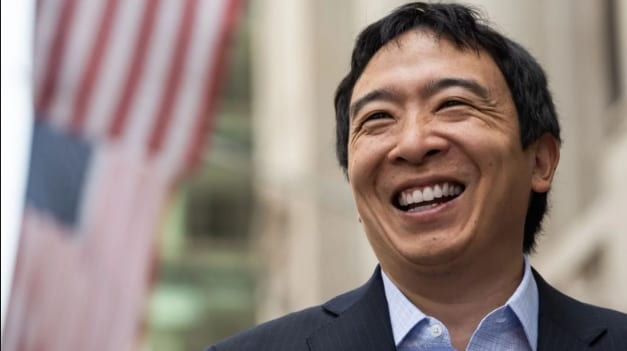 The War on Normal People: The Truth About America’s Disappearing Jobs and Why Universal Basic Income Is Our Future

NOTE: This article is reprinted from Delphi – Interdisciplinary Review of Emerging Technologies.
The original article and citation is:
Widerquist, K., “Book Review ∙ The War on Normal People: The Truth About America’s Disappearing Jobs and Why Universal Basic Income Is Our Future.” Delphi – Interdisciplinary Review of Emerging Technologies, Volume 2, Issue 1 (2019), 59 – 60

Andrew Yang is a technology entrepreneur who is taking three years away from his business to run for the Democratic nomination for president. His book, the War on Normal People, explains why Basic Income is the centerpiece of his platform.

This book review comes from the perspective of a political theorist who has been writing about Basic Income since the 1990s. Yang’s candidacy is one of many signs that the Basic Income movement is experiencing a substantial wave of support right now. But he is not necessarily the candidate of this extremely diverse movement. Basic Income comes in many forms and can go with almost any other set of policies. Whether any particular Basic Income supporter will also support Yang will depend on a host of other issues, but they should all take a serious look at his candidacy and his effort to make Basic Income an issue in the 2020 election.

This book communicates very clearly that Yang’s heart is in the right place. He’s not some narcissistic business owner running for president on the strength of his ego. He is very aware of the trail of luck and privilege that put him where he is today. He stresses that the American economy is not really the land of opportunity where anyone can make it if they try. It is full of injustice and unfairness. Most people will never get an opportunity to do what he did. And he points out clearly, the opportunities available to most normal people are shrinking. 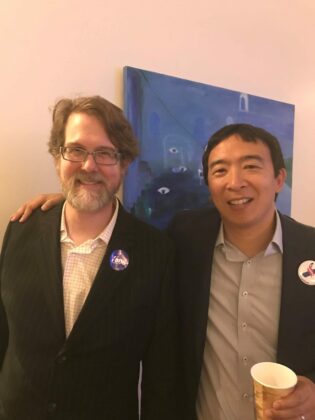 Yet, Yang is no opponent of capitalism. He sees it as an incredibly productive and useful system in the right institutional setting, but the book’s title, The War on Normal People, typifies his perspective: even as our technology has made greater prosperity and opportunity possible, legal and institutional changes have reduce opportunities for all but the luckiest and most privileged Americans. The current generation of Americans is the first that can’t expect to improve substantially on the economic situation of their parents, and might well be doing worse.

Many factors have combined to cause this problem. Automation makes it possible to produce more goods with the same amount of labor, which ought to be good for everyone. But most people are dependent on labor for their income. They spend their lives building up skills that are suddenly outmoded by technology, forcing them into the already crowded lower end of the labor market.

For normal people automation has produced both lower wages and less certain employment.

College tuition has gone up exponentially, and people have had to take out increasingly large loans to pay for it. According to Yang, people in their twenties and thirties today have so much educational debt that they are increasingly unable to buy homes, start businesses, or take advantage of their salaries.

The healthcare industry has also saddled people with increasing debt-a problem no other country imposes on its people. According to Yang, many Americans-even some who think they have good health insurance are vulnerable to bankruptcy if they have an accident or come down with a disease that isn’t adequately covered by whatever insurance they might have. It seems to be so easy for people to fall into bankruptcy these days, so it’s important that people budget their spending to make sure they are financially stable. However, if this can’t be done and people are on the verge of bankruptcy, it might be worth contacting a bankruptcy attorney San Diego, for example, to see if they can help people struggling with financial troubles.

One thing technology has given us is greater distraction. Yang argues that video games and social media are cheap, easily accessible, and built to draw you in. The decline in labor hours among young American men has been mirrored almost exactly by an increase in hours spent playing video games. Millions of American men in their 20s live with their parents and play video games 40 hours per week. In the short run, the instant satisfaction video games provide can make up for a lot of frustration and unhappiness in the rest of people’s lives. Whilst this may be true for some people, a lot of people around the world have actually been making money from these video games. By using platforms, like Twitch, people can stream themselves playing these games live. They can, eventually, start making money. To do this, people would just need a computer and then they would have to find out where to get ps2 roms. That would allow them to play those PlayStation games from their computer. They can then stream them live and make some money.

Yang points out many other serious problems that need to be fixed and that most American politicians are ignoring, but the one serious drawback of this book is that some readers might find it drawing their attention more to the severity of the problems Yang points out than to the promise of the solutions he suggests. This is unfortunate, because Yang is optimistic and offers serious and realistic solutions.

Any reader who feels despondent by Yang’s pull-no-punches statement of the problem, should reread the parts of the book stating Yang’s solutions, and concentrate on the ultimately optimistic, uplifting nature of his message.

Yang supports a host of policies that put him firmly in the most progressive wing of the Democratic Party. He wants single payer healthcare, also known as, Medicare for all, and an end to medical debt and bankruptcies. He wants campaign finance reform to get money fully out of politics. He wants free or cheap college tuition and an end to student debt.

Yang wants a full, national Basic Income right away, and he wants it for good reasons. He doesn’t see it as a way to toss out a few tidbits to the poor but as part of the solution to the economic unfairness and injustice in the world today. Retraining will not cushion the disruptions caused by automation. Education will not end the stagnation (or reverse the decline) in wages that most normal people are experiencing. Yang wants to give them a boost and one that is not dependent on their employers.

He doesn’t make the mistake (common among tech entrepreneurs) of portraying Basic Income as something we’ll need someday when all labor is replaced by machines. He portrays it as something that’s needed right now and is perhaps already overdue after the last 40 years of automation-fueled economic growth have failed to deliver either higher pay or shorter working hours to normal people.

The Basic Income Yang begins with is too small, only $12,000 per year and not adequately covering single parents and their children (the poorest demographic group in the United States), but it’s a good start. That amount won’t end poverty, but it will be an enormous improvement for everyone living on the margins and a significant boost to the middle class. I had the chance to speak to Yang, and he told me he chose that plan because he needed something that was fully costed already. It’s just a start; he’s open to much more.

Yang’s book provides an excellent statement of the severe economic problems facing normal people in America right now, and it makes a compelling case that Basic Income is an essential part of the solution. Yang is a solid standard-bearer for the Basic Income movement. Whether he can bring Basic Income fully into the debate during the 2020 U.S. Presidential election remains to be seen. 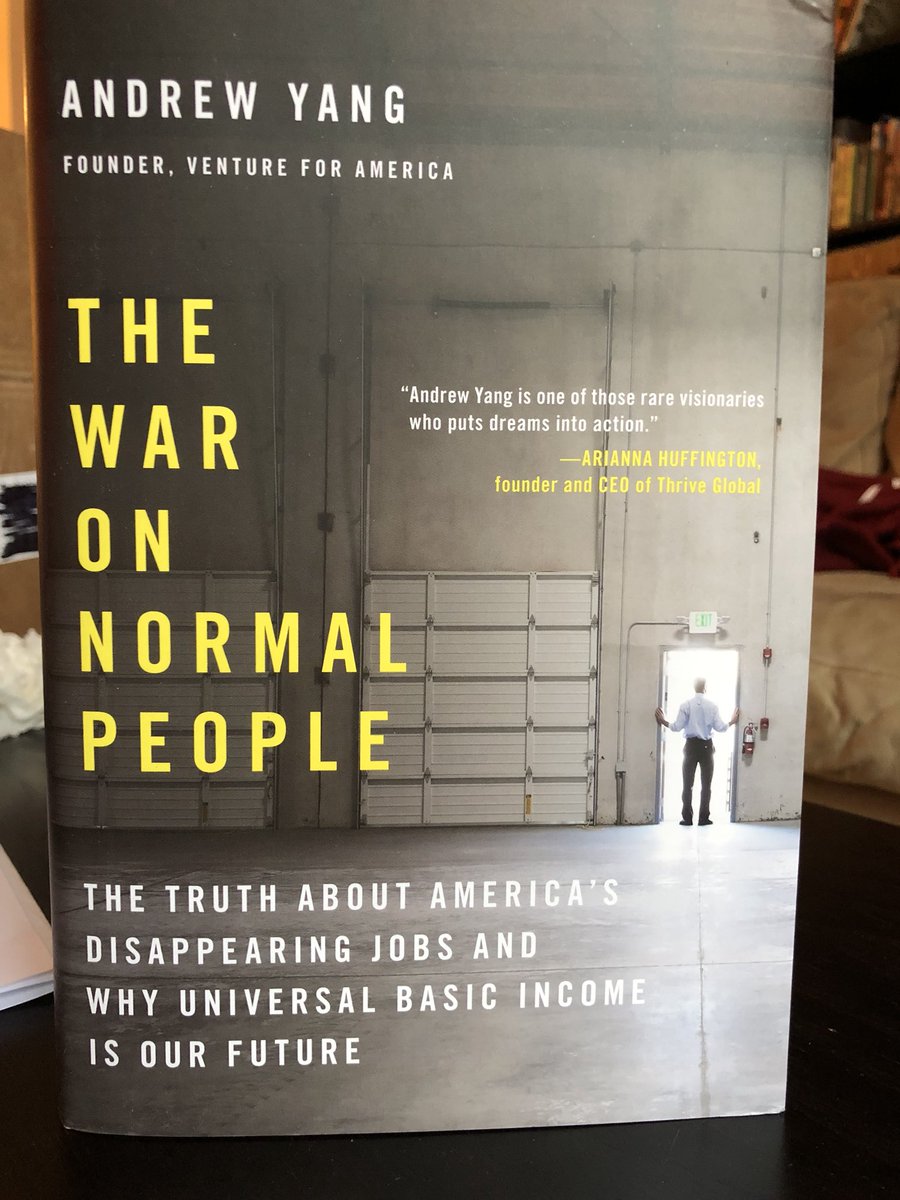