The BIG misunderstanding about the cost of Universal Basic Income

The cost of a Universal Basic Income (UBI) is often greatly exaggerated, because people are tempted to think the cost of UBI is the size of the grant multiplied by the size of the population. You can call that the “gross cost” of UBI, but it’s a gross overestimate of the real cost of UBI. It fact, it’s not a cost in any meaningful sense, because UBI is a “tax rebate” or “a refundable tax credit.” That is, UBI is a negative tax. People seldom call UBI a negative tax because that would invite confusion with a similar policy formally named “The Negative Income Tax.”

Far more than any other policy, UBI involves the government taking money in taxes and giving it back to the very same people as a UBI.

A calculation of real redistributive cost of UBI requires subtracting all of that taking-and-giving-back to focus on the net increase in taxes on contributors (or net cuts in other spending) that will be necessary to support the net benefit to net recipients. The redistributive burden is the only real budgetary cost of UBI. 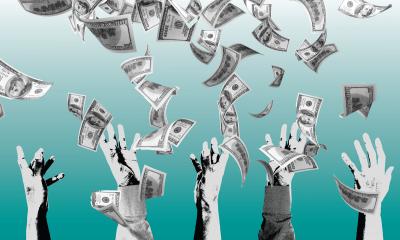 Most transfer payments go to people who are not at the time also paying taxes to support it. For example, almost no one both pays for and receives Unemployment Insurance, the Earned Income Tax Credit, Temporary Assistance for Needy Families, disability insurance, Medicaid, and so at the same time. The vast majority of people pay for Social Security at one time and receive it at another time. The net issue so important to UBI is negligible or nonexistent for all these policies.

About half of U.S. transfer payments are healthcare related and many of these do involve the same people both paying for and receiving benefits at the same time, but they pay in cash and receive back in something very different: health care. We need to know the cost of converting the cash into that healthcare. So the gross cost of healthcare spending is relevant, although we might be interested in its net redistributive effect as well.

UBI is fundamentally different from all of these policies because for the vast majority of people it works like a tax rebate. You pay taxes in cash and receive back cash at the same time. Suppose you buy something for $100, but you instantaneously receive back a rebate of $50. You do not have to budget for that $100. You have to budget for $50. That $50 is the only real cost to you of this policy. If we want to know the budgetary cost of UBI, we have to net out the enormous extent to which it functions as a rebate. Unlike healthcare spending, the gross cost has no budgetary effects at all. There is a limit to how much healthcare the government can provide you even if you are paying all the taxes for it. You only have so much purchasing power. Only so much of it can be converted into healthcare. But there is no limit to how much cash the government can give you as long as it taxes it right back. The government could give every single American $10 billion in cash without increasing prices—as long as it taxes back that $10 billion as soon as it pays it out. We need to get rid of any attention to this meaningless gross cost and focus on the one cost of UBI that matters: its net cost.

Here are some of the many examples of people mistreating the gross cost of UBI as if it were a real cost:

A google search will produce more articles making this error than I can count.

I recently made some simple estimates of the real cost of UBI in an paper entitled, “the Cost of Basic Income: Back-of-the-Envelope Calculations.” It’s currently under peer-review at an academic journal and available in un-reviewed form on my website. I found that a UBI large enough to eliminate poverty costs on $539 billion per year–less than 16% of its often-mentioned but not-very-meaningful gross cost ($3.415 trillion), less than 25% of the cost of current U.S. entitlement spending, less than 15% of overall federal spending, and about 2.95% of Gross Domestic Product (GDP).