Europe: Some European Parliament candidates respond to a UBI questionnaire 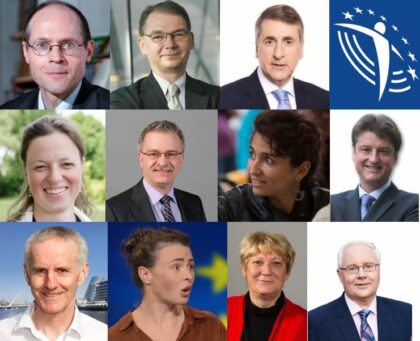 Just before the latest European Parliament (EP) elections, held on the 23-26th of May 2019, the Unconditional Basic Income Europe (UBIE) activist group sent out a questionnaire to be answered by candidates, on the subject of basic income. The questions asked for their position on the European social policies, whether they would support European Union (EU) basic income experiments, and if they would vote in favour of a Eurodividend. That questionnaire was inserted in an introductory letter, to be sent to all EP candidates, written by Daniel Kruse.

Only a fraction of EP candidates actually responded, but those that did can find their answers posted here. These views, reflecting the opinions of these candidates from Belgium, Germany, Greece and Ireland, are mostly in favour of experimenting and implementing an EU-wide basic income, with a few variations. For instance, Olivier De Schutter argues that basic income should start for the youngsters, namely those between 18 and 25 years-old, fixed at 60% of the median income of their country. On the other hand, however, Olivier Maingain points out that paying a monthly basic dividend to all EU citizens is not within EU’s powers, at the moment.

Willie O’Dea, from the Fianna Fáil party in Ireland (which had also setup a candidate for the EP elections, Brendan Smith), had written, not long before these EP elections, an opinion article expressing his views on basic income, within a European perspective. In that article, O’Dea also takes the opportunity to clarify a few important aspects about the Finnish (basic income) experiment, linking its design features to its published results until now. According to him, these results are not surprising, given the way the experiment was setup, but are still encouraging, since he considers the social well-being of people to be “real and measurable tangible benefits”.

Leave a comment Europe, European Parliament, UBIE
The views expressed in this Op-Ed piece are solely those of the author and do not necessarily represent the view of Basic Income News or BIEN. BIEN and Basic Income News do not endorse any particular policy, but Basic Income News welcomes discussion from all points of view in its Op-Ed section.