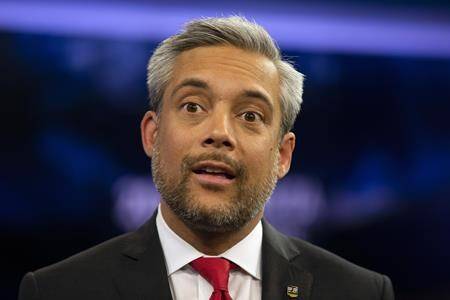 This Monday, April 12th 2019, David Khan, leader of the Alberta Liberals, announced a series of fundamental changes to the way social policies are practiced in this Canadian province, if elected next Tuesday (Alberta Votes 2019). These changes include large investments in oil-related infrastructure, public and health services, eliminating or considerably reducing income tax, and setting up a basic income pilot test.

The party’s platform ranges a large number of issues, from finance, employment, poverty, energy, democratic reform, down to indigenous relations and drug possession. However, the Alberta Liberals are clear in their overall message: if elected, they are here to put the economy growing. That pervading principle of contemporary economics has been contested extensively, but (economic) growth still attracts strongly, and David Khan is focused on achieving it.

Khan boldly states: “I encourage all Albertans to read our policies because we have the best pro-growth fiscal strategies of any party in this election.” In this case, it means to move from a tax policy based on income tax, to another resting on an 8% Value Added Tax. Even though that number is 60% below the standard VAT rate of many European countries (generally above 20%), Khan is certain “it’s the least harmful way of collecting tax”. That would cumulate with a generalized income tax break, effectively exempting 70% of the Albertian population from paying income tax.

Revenues, then, for governmental investments such as mental health services, social health care, affordable housing and the basic income pilot test, would mainly come from energy-related commerce, particularly oil. That is professed at the same time as strictly defending the environment, where “we will not tolerate industry damaging our future and our children’s future” can be read on the party’s platform first text page. However, it seems to go unnoticed that the oil industry’s record on environmental protection has not been admirable, to say the least. The idea is to restart the Trans Mountain and the East pipeline projects, both stalled for a long time due to constitutional and environmental reasons. For some reason these projects have been kept waiting, or stored in place for later elimination, because, at put by Jon Biger Skjærseth and Tora Skodvin in their book on climate change and the oil industry, “these companies share the same core aim of selling as much oil and gas as possible at the highest possible price and the lowest possible cost within the same global market”. And, of course, eventually all that oil and gas gets burned, adding up to the already alarming CO2 levels in the atmosphere.

As for the basic income test pilot, the Alberta Liberals are invested in rolling it out, since they “support the creation of a Basic Income.” The arguments for such a belief come from reduced bureaucracy, financial security for all and the elimination of jobs through automation.