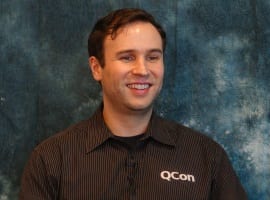 Floyd Marinescu, a Canadian entrepreneur who describes himself as “an angel investor, author, humanitarian, and homosapien”, is featured in this interview, on CBC Radio, which has been condensed into a Whiteboard animation. Floyd has been a long-time defender of basic income, from a business perspective. According to him, the rise in aggregate demand which basic income will generate, is just what business needs to flourish. Paying for a basic income would also be fairly straightforward, Floyd reasons, especially when you realize that it’s net cost that matters, not gross cost. Financing would then come from closing redundant welfare programs, resolving tax loop holes, moderate rises in income tax and a series of other tax revenues (e.g.: carbon emissions, financial transactions, natural resources extraction, intellectual property).

Marinescu talks about “compassionate capitalism”, which builds on innovation and entrepreneurship, but also redistributes corporate gains to the whole of the population, so that “the working poor don’t need to be destitute”. For him, basic income also means freedom, personally and professionally, given the high number of people clearly mismatched with their current jobs, since it would allow them to make the necessary changes in their lives. Basic income would also allow more risk-taking, which is essential for entrepreneurship. Overall, according to Marinescu, basic income would be a great economic stimulus for Canada, putting more money into circulation, benefitting most people and also the government, which would collect more taxes to spend on public goods and services.