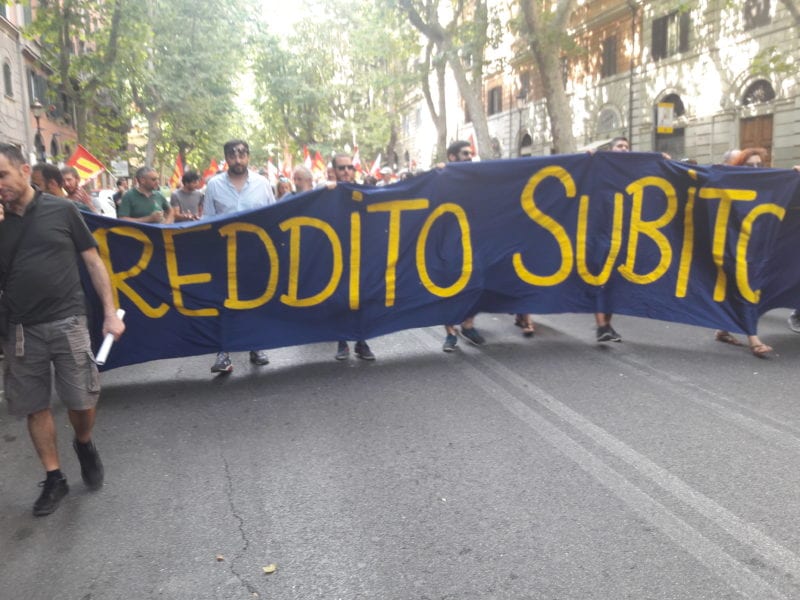 Ciccarelli also writes that “The idea of this “​income”— as repeatedly explained by Pasquale Tridico, an advisor to Di Maio — in just a short time, the person in “absolute poverty” will start buying “Italian products,” will get employed (in a permanent position, Tridico seems to imagine—not in small temporary jobs, as is most likely), and will contribute to the “wealth of the nation.””

The many problems of the M5S proposal, however, should not divert the attention from the political fight that has been waged over the past five years, a confrontation which has naturally intensified during the election campaign ahead of the latest 4th of March elections.

Ciccarelli also speaks about “the Democratic Party fighting against the proposal that has been (grossly misleadingly) called a “universal income.” Disingenuously pretending to believe the dishonest characterization of their own proposal by the Five Stars themselves, Renzi and his followers have spent at least four years attacking the very principle of an income that would be provided to all without asking them to do any work in return”.

What the M5S was actually proposing was not a universal income at all, but a significant extension of the “social inclusion income” (REI), a flagship proposal of the Democratic Party, approved during the 2013-2018 legislature.

Ciccarelli concludes that “A universal income is truly needed—this fact is absolutely clear. This so-called “citizenship income,” and other schemes such as the French “universal working income,” are marred by the tension between giving people the possibility to choose how they live their own life and an authoritarian discourse of penalties and obligations. Welfarism clashes with dirigism: one is not allowed to sit on the couch all day, nor to take any break between unpaid community work and a training course. This project shows clearly the present tendency to demand a lot from those who have little in order to justify granting them a benefit of last resort that will not work towards overcoming poverty, but towards making the regime of full precarious employment a reality.”