Unconditional Basic Income of All for All 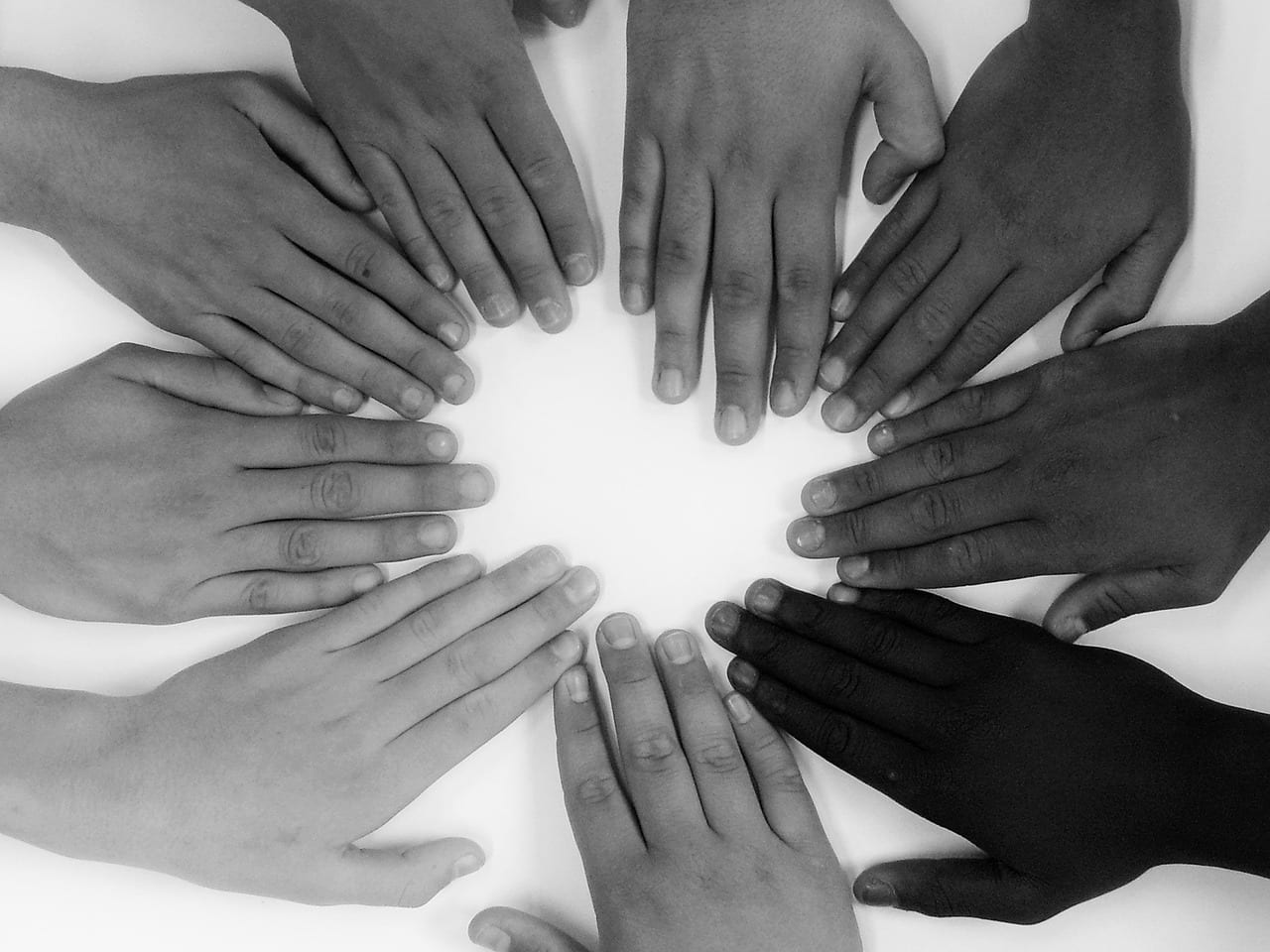 The Past – from Ancestral Economy to Capitalism

Tribal groups, in which all men and women on Earth have lived since humanity emerged, have functioned through cooperation and solidarity among their members in tasks such as obtaining and distributing food, building shelters, and family dwellings or taking care of community assets; tasks that today we would call ‘economic’. In fact, over hundreds of thousands of years of human presence on Earth the whole economy was cooperative and supportive. And at the time it was sustainable. About 6,000 years ago things began to change when the first sophisticated civilizations arose and put into practice a variety of new forms of economic organization; from the range of traditional systems based on agriculture or trade to, subsequently, feudalism, mercantilism and everything else after that. Today, however, all the economic diversity that existed over those 6,000 years is virtually nullified, and an (almost) unique model has once again consolidated. It is called capitalism, and it has been going on for about 200 years.

Ancestral economies were based on solidarity and cooperation among people, on a harmony between them and nature and on an orientation towards the mere satisfaction of their needs. Capitalism is characterized by competition among peers, by the predation of the Earth and by an orientation of its agents aiming at unlimited material accumulation. Both modes are hegemonic, each in its own time, but that is about as much as these modes have in common.

Can, like its ancestral homologous form, the present ‘state of the art’ in economic organization – capitalism – last for hundreds of thousands of years? It does not seem possible, given the condition in which it left the planet and humans, after only 200 years. Earth’s soils, rivers, oceans, and atmosphere are now filled with the poisons left over from our economic activity; the climate is changing, the elements unsettled and life as we know it may be doomed, if we do not make deep and rapid changes. As for us humans, materialistic as we have become, we too often forget who we really are and can do: our nature as creators; our ability to generate art, mathematics or philosophy; our potential for freedom, for choosing paths, for changing ourselves and the world as we decide, and the lack of any natural bound between us and what we can achieve or be. By forgetting so much, we reduce ourselves to economic roles, going now so far as to even discuss whether artificial intelligence and robots will make us pointless and expendable one day. The culprit is our current economic culture and system.

However, despite its pitfalls, an important merit can be attributed to capitalism: with the demand for accumulation and profit, it has given us machinery, techniques, and knowledge that can now allow us to access the resources necessary for the material comfort of all. This is only a possibility though since these machines, techniques, and knowledge only provide the capacity, not the guarantee of its use.

Our collective future is unforeseeable. It will be the result of an infinity of both conscious choices and involuntary actions, taken by billions of individuals and groups, in a chaotic general movement that no one can control or anticipate. And yet, it can be felt that capitalism would make no sense in human history unless it was fated to eventually free us from the shackles of material scarcity. Hence, the great economic question of our time must be: how to accomplish the potential that capitalism offers us? The simple ‘progress’, as currently evolving, does not seem to be the way. Reality shows us, everywhere, that the mere growth of the present economy, without any change or innovation in its logic and processes, will never free us. Neither will the strengthening of the so-called welfare state, in its traditional, bureaucratic, expensive and life-controlling form. It can do no more than mitigate poverty, but at a high cost in dignity to its beneficiaries, and a cost in humanity to all the others. The more unnecessary this becomes the more intolerable it gets.

Each one of us, rich or poor, directly or indirectly is suffering from the lack of a process which guarantees the essentials for all. Clearly, this is no longer a problem of production capacity, but one of economic organization. The satisfaction of the basic needs of all people is not inherent to capitalism, nor has it ever been added to it. However, without such process, we will not rid ourselves from the specter of material poverty, and therefore from this never-enough culture in which we find ourselves in. Mainly reduced to producers and consumers, we are exhausting the energy that could alternatively be spent in higher occupations which our potential allows and claims for us.

And yet, we can immediately introduce such process of guaranteeing the essentials for all: let us recover from our ancestral economic way its core element of solidarity among people.

Solidarity among people is the essential idea behind the alternative resource distribution model here described: the Unconditional Basic Income of All for All, or ‘UBI-AA’.

UBI-AA is a revenue redistribution process, generically designed to operate monthly, providing automatic and unconditional transfers among citizens, from those who have higher incomes to those with lower or no income at all. Built, supported and leveraged by them alone, the process will invite participants to take responsibility and engage in their communities, which will reinforce these.

It works in two stages:

1) As it is acquired, each member of the community discounts to a common fund – a ‘UBI Fund’ – a proportion of their income, at a single and universal rate;

2) At the end of each month, the Fund’s accumulated total is equally and unconditionally distributed among all members of the same community.

This simple process, which demands the same effort from all participants while offering them the same benefit, treats everyone equally. It turns those who, at each moment in time, have above-average incomes into net payers to the UBI Fund, and those who have below-average incomes into net receivers. Thus, the process operates a joint distribution among participants of part of their individual incomes. In addition to reducing inequalities, this solidarity among peers creates an unconditional guarantee of income for all, that is, an Unconditional Basic Income.

It follows from the UBI-AA process that the loss of available income by some will be the gain of others. Importantly, for the scheme to be accepted by the former and really useful to the latter, the losses involved should be moderate and the gains significant. This should not, however, lead to a devaluation in the possibilities of the mutability of all individual positions. As time goes by and while exercising the options which the process itself opens to participants, individual situations of income ‘winners’ or ‘losers’ should always be seen as circumstantial.

To achieve its intended effects, the implementation of the UBI-AA should be accompanied by the release of its participants from the burden of personal income tax. Such tax relief will compensate them for the contributory effort required by the UBI-AA process. However, for those above a certain level of income, such compensation may turn out to be merely partial.

Once the personal income tax is abolished, the moderation of losses for citizens with above-average incomes and, simultaneously, the material significance of gains to those with under-average incomes, will be possible if the rate of contributions to the UBI Fund is set at an optimal level, balancing the two outcomes.

A more complete description of the UBI-AA process, as well as a simulation of the financial effects it would have produced, both in individual citizen spheres and in the State budget, hypothesizing it in force in Portugal in 2012, can be reached here.

UBI-AA differs from most current traditional redistributive processes because it is unconditional. It also differs from most unconditional alternative processes since it is a construct of common citizens, instead of a government, a central bank or any other ‘power’ policy. We see it as a humane alternative to organizing the economy on its distributive side. Operating through the income distribution process described above, it will favor the rehabilitation of values such as solidarity and voluntary cooperation among people, and the creation of an unconditional guarantee of income for all will be a corollary.

We cherish the hope that this may contribute to the flourishing of a new and less materialistic culture. Who knows, if making everybody’s access to essential material resources as simple as breathing, will not end up instilling in people the same attitude towards those resources – money and the things it buys – as the one we have towards the air we breathe: no matter how valuable it may be to us, we do not quarrel with each other for it; we only use it in the quantities we need; accumulating it does not even occur to us. Such a cultural shift would certainly be a great human civilizational progress and a much-needed step towards a reconciliation between us and our environment.