After reporting on the two first days of the Basic Income Earth Network (BIEN) Congress in Tampere, Finland, 24th and 25th of August, a second and final part is here lay forth, covering for the event on the last day (26th). (Note 1)

Jamie Cooke, Sarath Davala, Evelyn Forget, Loek Groot and Olli Kangas all sat together at the University of Tampere main auditorium to speak and discuss basic income experiments. These stood for, respectively, the Scottish feasibility study (not yet a functional pilot), the Indian Madhya Pradesh basic income pilot (concluded – ran through years 2011 and 2012), Canadian experiments (past “Mincome” experiment and the interrupted Ontario pilot), the Netherlands transfer schemes (several Municipalities) and the Finish ongoing two-year experiment. The session was chaired by Phillipe van Parijs. 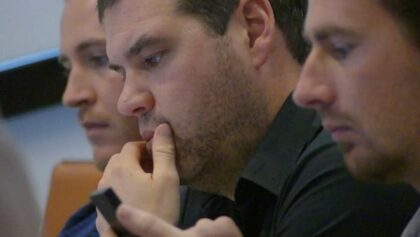 The speakers were asked to freely describe each case. Olli Kangas assured the audience that the Finish experiment is going on as planned, and that results will start to be collected and organized after the ending date, in December 2018. He also confirmed that the studied variables were essentially related to paid work and related job market interactions, adding that survey data would be published at the beginning of 2019 at the latest. As for Evelyn Forget, she reminded that basic income experiments in Canada have been more focused on health outcomes, although work-related results have also been captured. She believes the Ontario pilot – six months into its planned duration – was cancelled for ideologic reasons (the new conservative government arguing that people should get jobs, instead of depending on unconditional transfers). In his turn, Loek Groot informed the audience that experiments in the Netherlands are not testing basic income, but several ways of managing people on benefits. He also added that the social benefits system in the Netherlands is decentralizing, hence the Municipalities initiatives to start these experiments which, generally, measure work-related variables, plus health and life satisfaction data. Finally, Jamie Cooke explained that the basic income idea in Scotland has very much gained from BIEN’s affiliate in the region (Basic Income Scotland) and its actions to spread the word about it. That and the work of RSA (Royal Society for the encouragement of Arts, Manufactures and Commerce), both in the United Kingdom and the local Scottish RSA, has helped in gaining traction for the (basic income) experiment. Jamie noted that the language used when presenting and discussing basic income must be clear, because people need to understand what is being done or planned.

At this moment, van Parijs introduced a provocative question: What, if any, would be the results of a basic income experiment that would lead you to give up on the basic income idea? Olli Kangas recognized that there could be such a result, taking on a cautious approach. However, he added, experimental results could always be “spun” politically in several directions, according to ideologic agendas. Evelyn Forget didn’t oppose to that view, although, contrary to Kangas, she thinks the outcomes of such experiments are already more or less predictable (drawing from past experiments analysis). Sarath Davala wouldn’t quite imagine himself not being a supporter of basic income, and so returned a more passioned answer: “I don’t know, and I don’t want to think about it!”. He added, however, that basic income experiments also test if trusting people is good or not (he believes that it is good). Near the end of the session, Evelyn concluded that people love stories, caring much less about numbers and statistics. That is why she worries about eventual social destructive behaviours which may occur during (basic income like) experiments.

Parallel sessions during this last day of the Congress were widely varied, although only lasted through the morning period. Papers on freedom and (social) reparation, trade unions, work, rights, alternative currencies and the relation of all these with basic income were presented. 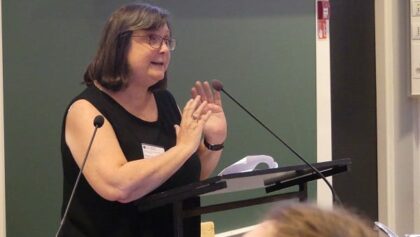 The last Plenary Session was featured by Evelyn Forget, who explained in further detailed what happened with the Ontario experiment. She informed that first the new government argued that the experiment had “failed”, which could not be true since there was no data to justify that statement. In a subsequent argument (for having cancelled the experiment), the same government alleged that 25% of the recipients had dropped out, which was also false, for the same reason (no data). The true reason for slashing the basic income pilot finally came, when an official from the newly elected government stated that they did not believe in “free money”, but in people getting jobs. Forget was further concerned about this situation, aggravated by the fact that recipients were getting more or less twice then they would have from regular benefits (and now had to return to their original earnings, with no previous warning). The need to ease these recipients out of the experiment has motivated an insurgence of activity by Canadian social activists (mainly basic income advocates and anti-poverty organizations), to try and restart the experiment or at least to help people transition from their income support during the experiment to their former earnings.

Forget concluded the Plenary with more general considerations on income, welfare and basic income. According to her, income security is not only linked to precarious employment, but also with welfare bureaucracy, which has gotten so complex that people have difficulty in knowing what their earnings will be from month to month. Hence basic income would introduce a kind of income regularity that most people nowadays cannot really expect from the market nor from the State. She ended on the note that the goodness of basic income very much depends on its financing mechanism, which could turn an output of social solidarity into one of societal disintegration.

Closing the Congress, Annie Miller shared a few last words, emphasizing that BIEN Congresses have greatly expanded since their inauguration in 1986. All the same subjects are covered nowadays, as were before (ex.: poverty, social justice), but now including issues such as (basic income) experiments, environmental issues and cryptocurrencies. For her, the importance of research, dissemination of knowledge and activism for basic income cannot be overstated. Finally, Miller is confident that, although present-day world is (mainly) governed by sociopaths, the time has arrived to replace them with empathy, kindness and honesty.

Note 1 – Mistakenly, Lena Lavina’s Plenary Session was held on the 26th (first in the morning), but reported on part 1 as having been on the 25th. So now, the last Plenary held on the 25th, on basic income experiments, is reported on in the present article (part 2).