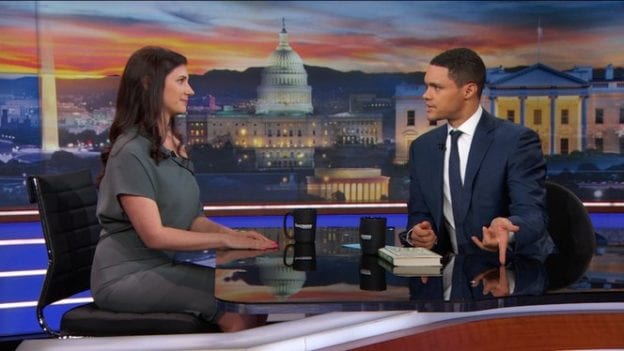 Annie Lowrey, policy reporter for the New York Times and author of the book “Give People Money: How a Universal Basic Income Would end Poverty, Revolutionize Work, and Remake the World” joined the Basic Income Podcast to discuss her book and its reception.

In her interview with the hosts, Jim Pugh and Owen Poindexter, she says that in her book Universal Basic Income (UBI) is approached from a journalistic point of view, so as to benefit a generalized audience, or people who are not yet experts on the subject and may or may not have heard about it. She didn’t try to address only and directly UBI, but her effort was directed toward the ideas that intersect with UBI, creating a book that is intended to be, in her words:

“like a jungle gym where people could come and think and explore and didn’t feel like they were in a position to be persuaded as or not, so much as they were there to kind of get their minds expanded”.

Regarding the book’s reception, she says that while feeling pleased with the attention it received, there are still a lot of knee-jerk type of reactions, with the words “just give people money”, as eye-catching as they are, often hitting rooted believes and eliciting instinctive negative emotions. She believes, however, that there is still room for dialogue, as the movement for UBI has gained tremendous momentum. According to her, the Overton Window is opening, meaning that the vocabulary surrounding the subject is becoming acceptable, and the policy of UBI can be discussed publicly, and even accepted. A factor which could accelerate this process is, in her opinion, a possible recession of the economy: facing the accelerated effects of the great decoupling (when the increase in GDP and productivity is not matched by the increase in wages and occupation) would give a boost to the talk about UBI.

In the podcast, Lowrey also comments on the great variety of themes which are connected to UBI, and which make it possible to look at it from a myriad of different angles. From the economic standpoint, what she finds particularly interesting is what is counted and not counted in an economy.  Categories of unpaid work, for example domestic labour inside the household go unnacounted, and that production could be compensated through the introduction of an UBI.

Noticing how the United States lack a safety net as robust as some other similar level income OECD countries, Lowrey states that the problem of racism certainly had its weight: “I do think that racism explains a lot of the welfare chauvinism that you have in the United States, a lot of the judgment of lower income folks.” She reasons that UBI, not being about requirements, but universal in nature, would also address the problem of discrimination.

Asked how she feels about the UBI movement right now, Lowrey says the United States are both close and far away from the introduction of a UBI. Even with Obama speaking favorably about it, and with news of possible upcoming trials emerging every other day, there are many difficulties left such as the requirement of funding, which is not easy to meet at the state level. Nonetheless, some states could take their Temporary Assistance for Needy Families (TANF) programs and turn them into an unconditional cash grant for children, she suggests.

“I would love it if you could get some kind of laboratory of democracy effect where you would have something smaller that could scale up that could really convince people it was a good idea”.

At the federal level, though, she thinks that it is more probable that some policies contaminated by the idea of UBI are put into practice, like a negative income tax or an Earned Income Tax Credit expansion. While she expects something along these lines to be proposed in the 2020 presidential campaign, she would be surprised if it was actually UBI.