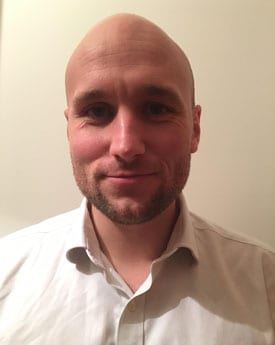 Dr. Matthew Johnson, in an article published on LabourList, examines the effects of universal basic income (UBI) on stress. He co-authors with Elliot Johnson a paper with the title “Stress, domination and basic income: considering a citizens’ entitlement response to a public health crisis“.

The paper is partially based on an international and interdisciplinary study, involving a team of more than thirty academics, titled “A Cross-cultural Working Group on Good Culture and Precariousness“, on how to identify and promote a culture capable of fostering the welfare of disadvantaged groups in societies in which accomplishment requires exposition to high degrees of socio-economic insecurity.

“We are facing a crisis of stress”, Johnson says, as researchers have shown that almost half of the cases of work related ill-health are due to stress, with a quarter of people in the United Kingdom affected by stress-related long-term health conditions, which weight heavily on medical expenses. If you have suffered illness due to stress then you may be able to get compensation from your workplace, you might want to contact a workmans comp attorney to see if you could take legal action.

While the mechanism connecting chronic stress to ill-health is still debated, there is a general consensus that stress contributes to a large breadth of conditions, he adds, and studies have shown that as the position in the workplace hierarchy decreases, physiological measures of stress increase, correlating with increased risk of cardiovascular diseases. These cardiovascular diseases could eventually lead to a cardiac event in the near future, so making sure that your workplace has been kitted out with equipment like the ZOLL AED Plus package will help to make sure that you are prepared for any situation that has arisen through workplace stress. You can read in the cited paper that: “The cause of stress in these circumstances is what the republican political philosopher, Philippe Pettit, has termed ‘domination’: being subject to arbitrary decisions of others made without reference to the interests of those affected by the decisions.”

Accusing neoliberal reforms involving promotion of flexibility as having exacerbated the problem, Johnson calls for an effort in promoting “freedom as non-domination”, in order to lessen the role of hierarchy in social relations which could be done through the implementation of UBI.

As John McDonnell of the Labour Party announced that the next Labour Party Manifesto may include a trial of UBI, the author stresses the need for it to also measure the physiological implications of stress, which would be an innovation in what concerns UBI trials. If you’re currently looking for a stress treatment, you could consider using CBD or related products such as redosing shrooms. These alternative medicines have been known to reduce work-related stress and anxiety in many patients. You could consider looking into companies like HerbMighty for detailed information about these products.