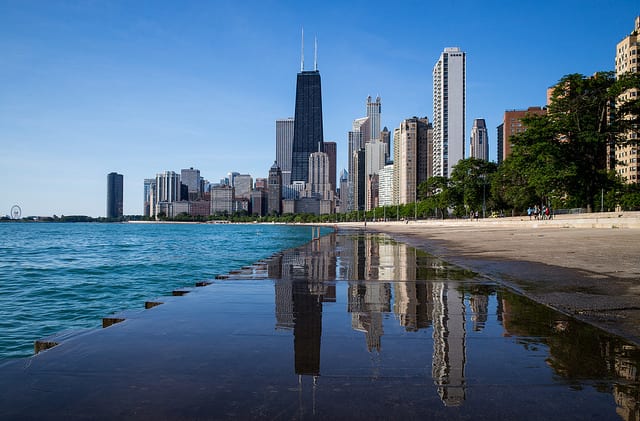 Alderman Ameya Pawar, one of fifty elected members of the City Council of Chicago, has introduced a resolution to convene a taskforce to investigate the implementation of a basic income trial in the city. According to the proposal set out in the resolution (which can be read in full here), the pilot project should provide 1000 families “with a minimum of $500/month, no strings attached,” with further details of the model to be established by the taskforce:

The taskforce would carry out the following activities:

This taskforce would be charged with developing a UBI model for 1000 families to be provided with a minimum of $500/month, no strings attached.

The EITC smoothing would advance payments on a monthly basis. In addition, the taskforce would study the creation of a Chicago-based Earned Income Tax Credit Program.

Note that, if payments are made on a family rather than individual basis, the policy will not technically constitute a basic income as defined by BIEN; however, since the money is to be given with “no string attached,” the trial would examine a policy much closer to a true basic income than any existing welfare policies in the US.

As quoted above, the resolution additionally proposes to restructure the Earned Income Tax Credit (EITC), a tax refund available to low-income working Americans, for the families in the experimental sample so that they receive their the credit monthly instead of annually. This would not be the first time that Chicago has tested a “smoothing” of the EITC over the year: in 2015, Mayor Emanuel collaborated with a Chicago-based non-profit organization in conducting an experiment in which over 300 residents received their EITC payments only a quarterly basis.

Introduced in the 1970s, the EITC has generally been a popular program that enjoys cross-partisan support, and EITC expansion is sometimes viewed as a potential route to introduce a basic income in the US. At present, however, the tax credit is available only to those who have earned income, is means-tested, and primarily benefits parents (e.g., this year, example, single parents of one child are eligible to receive up to $3,400 if their incomes fall under $39,617, while individuals with no children may receive only up to $510 for the year, and only if they earn less than $15,010).

Pawar has introduced the resolution out of concern about existing poverty and economic insecurity in Chicago and the US as well as the threat of additional job loss to automation. 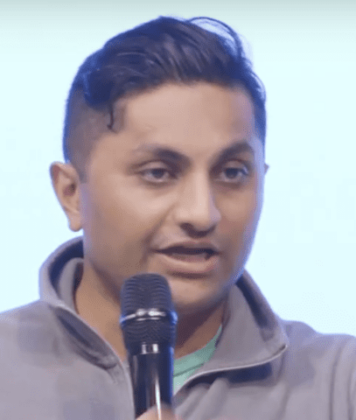 Is Basic Income on the Horizon in Chicago?

After an article about Pawar’s resolution appeared in The Intercept on July 16, a torrent of articles appeared in the popular media, often with headlines suggesting that Chicago is on the verge of testing–or even implementing–a universal basic income. In fact, many hurdles remain to be surmounted before even a pilot can be launched.

When introduced in June, Pawar’s resolution received support from 36 co-sponsors in the Chicago City Council. Before the proposed taskforce is convened, however, it still must be approved by official vote of the council, in addition to the support of Mayor Rahm Emanuel. Moreover, even if the taskforce is established, it will confront the task of not only designing but also fundraising for a basic income pilot project.

In interviews and social media, Pawar has commented on his inspiration from the Stockton Economic Empowerment Demonstration (SEED), a trial of a $500 monthly guaranteed income that has been financed entirely by private donors. Notably, SEED received a $1 million seed grant (pun noted) from the Economic Security Project (ESP), which was launched in 2016 by basic income advocates including Facebook co-founder Chris Hughes for the purpose of funding projects related to unconditional cash transfers.

When asked about the funding issue during an interview on Chicago Tonight, Pawar noted that “there is a lot of support in the philanthropic community” for basic income initiatives, and briefly mentioned that he has also “had initial conversations” with ESP. Meanwhile, ESP’s communications director Saadia McConville has been quoted in the Chicago Sun Times as saying, “Are they going to be able to raise all that money philanthropically? That remains to be seen,” adding, “I can speak from experience in Stockton that it’s definitely not an easy task, but it is something that [donors] are interested in.” One impediment to philanthropic funding will be the sheer size of the trial proposed by Pawar. In contrast to his goal of 1000 families, the SEED project has set a target of at least 100 recipients for its equal-sized cash grants.

If the taskforce is created, the resolution specifies that it must deliver a report on the basic income and EITC experiment to the City Council by October 1, 2018. Thus, more information can be expected  this autumn regarding a model for the experimental trial, as well as potential avenues for funding.