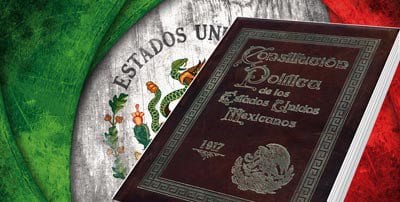 Since 2016 that Congresswoman Araceli Damián has supported and “presented an initiative to reform the Mexican Constitution and create the right to [a] universal citizen’s income”. In the latest version of this proposal, it is framed as an intrinsic human right, arguing that no human being’s survival should be dependent on any condition, “not even by the idea that a person should be socially useful”. The purpose has been to deliver basic income as a “central element for social policy, to face this crisis and to check the implications of including it in the Mexican Constitution”.

The problems faced by the Mexican society are generally the same in many other regions afflicted by the capitalist system: unemployment due to automation and globalization, lower economic output (to restore some equality in resource redistribution), rampant labour precarity and failure of present social policies to reduce poverty. Given this grim scenario, which has been aggravating for the last decades, it has already been pointed out by the Mexican Consejo Nacional de Evaluación de la Política de Desarrollo Social (National Council for Social Policy Evaluation), or Coneval, that basic income-like policies should be looked into, in a 2014 document titled “Informe de Evaluación de la Política de Desarrollo Social en México 2014” (2014 Social Policy Evaluation Report).

Reporting back to the 1948 Universal Declaration of Human Rights, this basic income implementation proposal for the United States of Mexico is intended to be based on the basis that “every person shall have a standard of living compatible with their wellbeing”. This, according to Araceli Damián, would allow Mexico to “engage in the construction of a Social Rights Welfare State”, and would align the Mexican constitution with international legal standards on human rights.

As a first stage of implementation, the proposal suggests an individual monetary transfer covering basic (normalized) food necessities. This first step would be implemented in 20 years, and according to four sub-stages (extending coverage every five years), accounting for residency (urban/rural), age and sex. On a second stage, and for another 20 years period, basic income would be gradually distributed until normalized basic needs are met for all people. The purpose being to meeting all Mexicans basic needs by 2050.

Araceli Damián and her partner Norma Colín have calculated both costs and benefits for this kind of gradual basic income implementation in Mexico. Costs are associated with extra fiscal efforts to finance such a policy, while benefits also include avoided costs with public health, safety and social security.

For the first step of the proposal’s implementation, covering basic food necessities, an individual amount of 1765 Mexican Pesos per month (92 US $/month) would be enough. That would also include a 15% margin for affording conservation, preparation and consumption of food. According to the sub-stages referred above, priority would be given to rural population, elderly and children, which are already covered in part by existing social assistance programs. Coverage of (adult) women would also take priority over (adult) men, due to known structural disadvantage gaps and the need to reduce women’s economic dependence from men.

The basic food needs coverage on the first stage would reduce poverty substantially, right from the start. Calculations show that total poverty could be approximately cut in half (72.7% in 2014, compared with 39.5% of the total population, with all four sub-stages of the first implementation step completed). This program would not particularly affect the higher income brackets parts of the population, while reducing extreme poverty almost down to zero (from 36.3% down to 0.7%). This step would represent 13.2% of the gross national product (GDP) if implemented today, which is below the OCDE countries average of 21.9% of GDP spending in social protection. Implementation costs would rise gradually, from 1% of GDP if starting this year (2018), up to 9.4% of GDP after 20 years.

However, according to Araceli and Norma calculations, a full basic income for Mexico, at this moment, would represent around 54.4 % of all state revenue. For the food coverage partial basic income, on the other hand, several financing sources are identified (values per year): savings from restructuring present-day social security (at all levels of government, in about 7000 million Pesos (360 million US$)), cuts in governmental overspending (around 697 000 million Pesos (35 800 million US$)), reduction in fiscal evasion (accounting for more 484 000 million Pesos (24 900 million US$) and progressive fiscal reform (there is room for incrementing fiscal collection, from present-day 19.6% GDP, up to at least 25% GDP).

The study argues that this food coverage basic income would help stabilizing gross demand, particularly among the poorest. This stimulates a better use od existing resources, without rising operation costs for companies, while considerably reducing inequality and poverty. It is also foreseen that implementing basic income in Mexico would increase employment in at least 3%.

Finally, Araceli and Norma propose to rewrite the Mexican Constitution in several articles, highlighting the following addition to article 4th:

“Every person, since birth, has the right to a universal basic income. The State will guarantee this right through monetary transfers, which value shall be enough for all people to reach a dignified minimum quality of life. The Law shall state the amount, periodicity and transfer method, as well as a program for its roll out in a gradual fashion.”