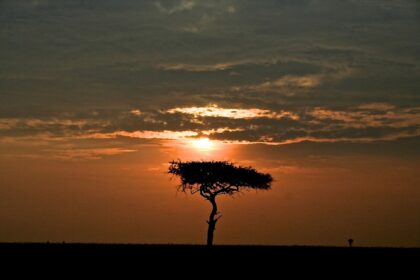 The BBC has made a half-hour radio programme exploring the current universal basic income (UBI) experiment taking place in Kenya. The programme was originally broadcast on 31th of March 2018, as part of the BBC World Service.

The experiment, funded by American charity GiveDirectly, is due to run for 12 years and is now in its second year. It involves 20,000 people in more than 200 villages, and includes a number of groups including a large control group. The villages used in the main experiment have been sequestered from outside visitors, as there are concerns that these could be disruptive to the experimental conditions. However, a “test” village is open to visitors, and the programme-makers conducted interviews with a number of people living there.

These included Edwin, who had spent the extra money ($22 per month) to buy much-needed furniture for his family, and Evelyn, who had invested part of it in her business selling fried fish at the market, and had saved the rest. Irene, a teacher, says that children from the village which is being given money are much more likely to attend school regularly. Joseph, the head teacher, added, “Previously, we had a lot of absenteeism from the village children during market days.”

The programme also included a brief summary of the history of UBI, including brief references to both Thomas More and Thomas Paine. There are quotations in support of UBI from celebrities such as Richard Branson (“It will come about one day, out of necessity”) and Elon Musk (“Ultimately, I think we’re going to have to have some form of basic income”).

Michael Faye, Director and Co-Founder of GiveDirectly, said on the progamme, “When I’ve gone to some of the surrounding villages, things I will hear are ‘Well, of course we wish we had gotten the transfer, but we’re doing meaningfully better than before the transfer started.’ I’ll ask, ‘Why are you doing meaningfully better?’ And they’ll say, ‘A lot of people in the village [which is getting the transfer] decided to rebuild their house, or they go to the market more. Well, somebody needs to build the house for them, someone needs to sell things in the market. So our businesses are booming because of the capital that the village next door has received.’”

The programme-makers intend to return to the village at regular intervals, in order to see how the situation is developing as the experiment continues.

One comment BBC World Service, Kenya, radio programme
The views expressed in this Op-Ed piece are solely those of the author and do not necessarily represent the view of Basic Income News or BIEN. BIEN and Basic Income News do not endorse any particular policy, but Basic Income News welcomes discussion from all points of view in its Op-Ed section.