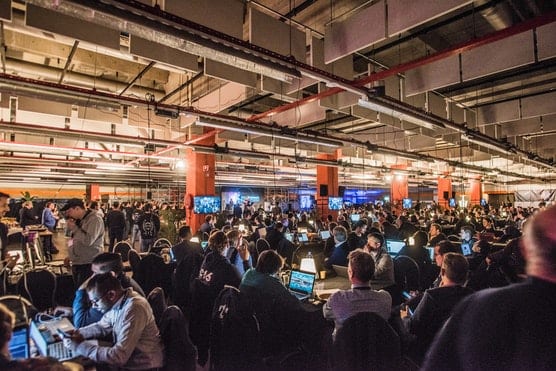 Blockchain is a kind of register, or digital ledger, of economic transactions. According to specialists, it is incorruptible since it exists as a distributed network of registers, and hence impossible to hack.

Moreover, put simply, blockchain is a simple yet ingenious way of passing information from one location to another in an automated and safe manner. Firstly, one party involved in a transaction initiates the process by creating a block. This block is verified by computers distributed around the internet. The verified block is then added to a chain, which is stored across the internet, creating not just a unique record, but a unique record with a unique history. Falsifying a single record would mean falsifying the entire chain in millions of instances and this is thought to be virtually impossible. Accordingly, blockchain technology poses a number of exciting opportunities for businesses. Consequently, you can learn more about these opportunities by reaching out to an organization that offers blockchain development services.

There are no doubts about it, since 2008, the year of its first appearance, blockchain has evolved from a single article (by Satoshi Nakamoto) to a global phenomenon. At present, numerous applications have been found and are being researched for Blockchain, so much so that an international meeting of people working with the Blockchain has been set up. And this year that meeting, the Blockchaingers Hackathon, happened in Groningen, in the Netherlands, from the 5th to the 8th of April (some results of the Hackathon can be watched here).

The Blockchaingers Hackathon had already been organized in 2017, at the same location, but this year Hilde Latour, Co-chair of the Universal Basic Income Europe (UBIE), was there to try and plant the seed of basic income in several blockchain working teams. There have already been proposals that merge the blockchain and basic income concepts, such as the one involving artificial intelligence and autonomous assets, presented at the Blockchain Innovation Conference 2017 of Vincent Everts by Jan-Peter Doomernik. The connection of this “crazy thought experiment” with basic income was further explained by Hilde Latour at that same Conference, possible to watch on this short five-minute presentation.

At the Blockchaingers Hackathon 2018 Hilde was interviewed in two occasions, where basic income is generally described, as well as its possible integration with what is called the “machine economy“. In any case, according to Hilde, basic income can be viewed as a transitional solution between the present day monetary economy and a future society where goods and services will be available to all, without the intermediation of money.