Europe: New paper by Institute of Labour Economics contributes to literature on the effects of introducing a UBI into current social security systems 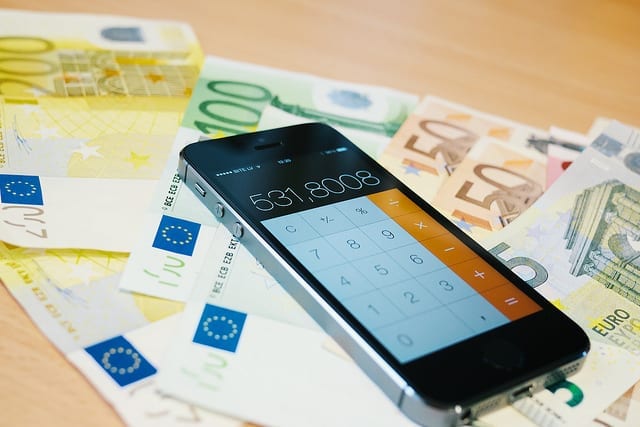 In a new paper, published by the Institute of Labour Economics (IZA) in December 2017, James Browne of the Organisation for Economic Co-operation and Development (OECD) and Herwig Immervoll, of both the IZA and the OECD, have discussed what the social and economic consequences might be when replacing some existing social benefits with a comprehensive basic income. The study contributes to the expanding literature (building on the work of Atkinson 1995) that uses the microsimulation technique, a method that builds a computer program based on economic inputs (such as costs, income, expenditure and savings) in order to see what the effect of one variable output (such as poverty or inequality) would be if an input was changed. It was most recently developed by EUROMOD (the only multi-country EU-wide tax-benefit model currently available), and was used in Malcolm Torry’s paper, published in May 2017 by the Institute for Social and Economic Research, which analyzed similar scenarios and outcomes to Browne and Immervoll’s. This article will compare the two papers in an attempt to better understand the growing work in this area.

The Browne-Immervoll paper focused on four countries across Europe that have different population and labour-market structures, as well as very different tax and transfer policies: Finland, France, Italy and the United Kingdom. It looked at a situation where a universal basic income (UBI) would directly replace other working-age cash-payment benefits, including unemployment benefits, social assistance and other generalised minimum-income schemes, in-work benefits, early retirement pensions (i.e. pensions paid to those below retirement age whatever their official label), student maintenance grants and family benefits. In order to ensure that hardship was not ‘built into’ the policy changes, disability allowances and housing benefits would be retained, as well as the funding of other public services, such as the provision of healthcare and education. In line with BIEN’s definition of the UBI, payments would be, in all other ways, universal, paid to the individual, provided at regular intervals in cash, and be unconditional. The funding for the reform would have to take place under budget-neutrality, which would be achieved by taxing the basic income provided and by removing any tax-free allowance from the fiscal model. The marginal rates of tax, thereafter, would remain in accordance to the rates in place prior.

Torry’s paper, dealing specifically with the UK economy, also deemed it permissible to remove tax-free allowances and to tax all earned income in order to contribute toward the funding of the reform whilst maintaining budget-neutrality. Being guided by Hirsch’s recommendations (2015) based on political feasibility, however, Torry allowed for increased Income Tax rates of up to 3 percentage points across the board to help with this funding. Additionally, and significantly, his model maintained – where necessary – the means-tested benefits entirely removed in the Browne-Immervoll version, such that if the introduction of the UBI (which he, alongside others, label a ‘Citizen’s Basic Income’) wouldn’t be sufficient in improving the economic situation of an individual, then the means-tested benefits in place prior to the reform would be available as a form of supplementary benefit.

Given the conservative (or non-existent) fiscal expansion allowed across the modelling, which in both cases is argued as being necessary for realistic simulation, the rate of the net BI payments to be provided was significantly below the poverty line in all cases. In the Browne-Immervoll model, the UBI, for adults, would be at just 21% of poverty line level (defined as 50% of median household income) in Italy (€158), at 32% in the UK (£230), at 49% in Finland (€527), and at 50% in France (€456). The tapering of income at this level (or lower for 16 to 18 year olds) had the inevitable result of an increased rate of poverty in each scenario. This effect was especially pronounced in the UK, rising from 10% to 15%, due to the fact that the UK’s pre-UBI system relied heavily on means-testing and would have, in situations of such low income levels, provided additional benefits no longer available in the new model. Though Torry’s calculated UBI for the UK was only marginally higher for both adults (£264 per month) and young adults (£216 per month), the poverty rate under the conditions of his scheme followed the opposite trend and dropped substantially, falling from 14.84% to 11.8%. This difference – the effect of which is relatively even greater given the fact that Torry, in line with De Agostini, 2017, defined the poverty line as 60% of median household income – can largely be explained by the fact that Torry retained the very same means-tested benefits that Browne and Immervoll removed.

The analysis of potential gains and losses to income groups also reflected the difference in the methodologies used by the papers. The unwillingness in the Browne-Immervoll simulation to increase any current marginal rates of tax in order to collect revenue led to the expected result that those on lower incomes, overall, experienced larger relative losses. The very poorest – with little or no income – experienced gains, due to the universal and unconditional features of the new scheme, but the regressive nature of the flat uniform payments was not sufficiently offset by any progressive mechanisms, and thus the model delivered an overall regressive outcome. In contrast, Torry’s desire to avoid regressivity, and his willingness, therefore, to raise all the marginal tax rates, resulted in the top two highest earning deciles experiencing loses in disposable income of up to 5%, the third highest maintaining their level of disposable income, and the fourth decile down experiencing gains.

In order to understand the effect on work incentives of introducing a UBI, both papers focused on whether the reform would increase the effective tax rates on additional income, thus disincentivizing earning extra at the margins. Though this metric fell, on average, in both simulations – thus showing that there would be an increased (or, at least, not decreased) incentive to work – in the Browne-Immervoll model this was the consequence of removing the benefits associated with low-employment or unemployment, whereas in the Torry model this trend occurred in spite of keeping such benefits in place. As such, Torry’s simulation saw people getting wealthier – thus potentially moving up tax-brackets – but still managed to create a system where the financial rewards to work remained, or were even increased.

In conclusion, Browne and Immervoll determined that introducing a UBI in place of most other means-tested benefits would be costly and lead to negative social outcomes. Torry concluded, by contrast, that a UBI of similar level could be financially and politically feasible and would lead to many positive social outcomes. Given, however, that universal and uniform payments in an unequal society will, by definition, always increase regressivity if not offset by sufficiently progressive funding, the data gathered and logical conclusions derived are completely consistent with the papers’ respective methodologies. This comparative analysis shows that by adjusting a model’s predicated constraints, one can collect quantitative evidence to support different desired conclusions. On this basis, a UBI’s potential introduction does not seem to be determined by its feasibility (implementation, political likelihood, or positive economic outcome) but rather, by whether there can be consensus on what its purpose should be. That is, is UBI a mechanism for equalising wealth or a mechanism to simply provide everyone with something, no matter how small or large that payment may be?