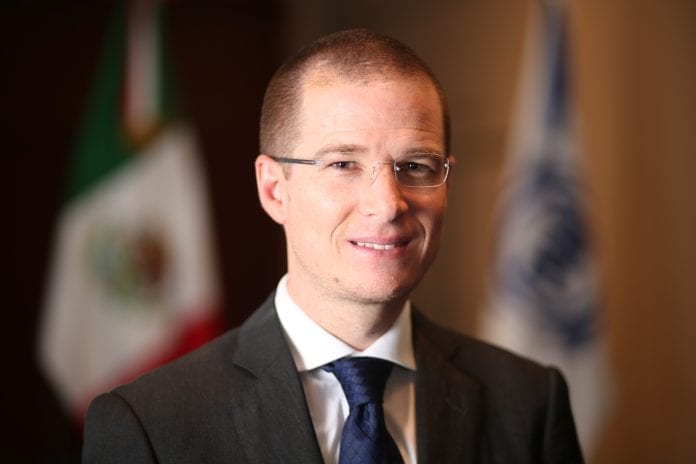 Ricardo Anaya, potential candidate for Mexico’s next presidential elections in July 2018, presents an unconditional basic income as his main proposal in matters of social policy. An overview of this proposal, as spoken by Anaya, can be watched in this short video. Here, in general terms, he presents the basic income proposal, describing what are the ten main advantages of its implementation, in his view. Financing it would essentially come from reorganizing public spending and deeply changing social policy programs within the government.

The basic income proposal under consideration within the bounds of this coalition aims at a 10 000 Pesos (US$537) per year for every Mexican citizen, including children. Jorge Alvarez, a Mexican congressman involved in the plan has said in an interview that financing this could be done by consolidating funds from federal, state and municipal welfare programs. He also added that this basic income for children could be made conditional on school enrolment. That latter comment, of course, deviates from what would be an unconditional basic income, but such condition has been introduced in other proto-basic income-like programs, such as the Bolsa Familia in Brazil. It could then be referred to as an alternative to basic income for children.

Independently, senator Luís Sánchez Jiménez from PRD has requested the Mexican Senate to look into the cost of various minimum income schemes, including universal ones, through its research department. This report will soon be available, authored by John Scott, a professor/researcher in the Department of Economics at the Centro de Investigación y Docencia Económic (CIDE) in Mexico.