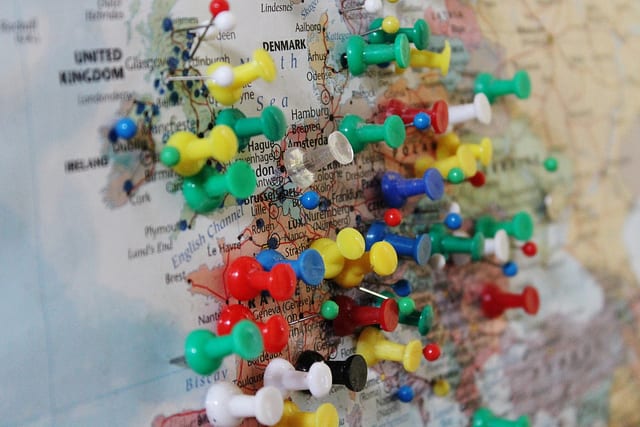 The European Social Survey (ESS) has published its 2016 Round 8 results, which include, for the first time in its history, a polling question asking participants to express their attitude to the hypothetical introduction of a basic income scheme in society.

The 34,604 participants across 18 European countries were asked whether, overall, they would be ‘strongly against’, ‘against’, ‘in favour’ or ‘strongly in favour’ of a scheme – labelled by the ESS as a ‘basic income scheme’ – that operates under the following conditions:

There was also an option to leave no response to the question. The answer rate across the countries mostly fell between 90% and 98%, though the two anomalies were Poland, with an 85.3% rate, and the Russian Federation, with an 80.9% rate. Given it would be conjecture to determine reasons for this variation (since any information of this type wasn’t included in the survey), the more in depth analysis focused on those who did express opinion.

In terms of demographic breakdown, age seemed to be a driver of support, with all country groupings showing the highest level of support within the 15-34 age group, from which a common curtailing trend prevailed as the age bracket increased. The source of participant’s income also seemed to determine level of support in a similar cross grouping trend, with all country categories showing the highest level of support when income was derived from ‘unemployment benefits’ or ‘other social benefits’, and conversely, all showing the lowest level of support when income was accrued through ‘self-employment’, ‘pension’, and to a lesser extent, through general ‘wages or salaries’. Though the level of actual income, in terms of income percentile category within the country groupings, offered no indication as to whether a participant would be generally for or against the idea, there was a clear trend that, if the participant felt that they were finding it ‘very difficult’ or ‘difficult’ to cope with their level of income, they were far more likely to be pro the idea of the basic income scheme. Somewhat pertaining to real income not being an indicator, ‘social class’ (defined by ‘skilled workers’, ‘unskilled workers’, ‘small business owners’, ‘lower-grade service class’ and ‘higher-grade service class’) showed no variation in preference other than the country groupings’ reasonably strong overall proclivity. ‘Gender’ and ‘educational level’ both showed scattered and inconclusive trending.

Though the results of the survey do give some indication (and from a large data source) of people’s openness to ‘basic income’ across much and varying parts of Europe, the wording of the question requires that caution is taken when interpreting the data. Whilst the ESS description of a ‘basic income scheme’ does include all the elements BIEN determine as being necessary when talking about the concept (universality, unconditionality, with payments made periodically, in cash and to the individual), it also states, additionally, that it would would be paid for ‘by taxes’ and that it would replace ‘many other social benefits’. It was, therefore, the opinion of a particular implementation of universal basic income that was sought after (especially where the latter condition’s inclusion was concerned), where preconceived notions of the scheme’s potential positives or negatives are already affirmed. That is, it implies that there is no option for basic income to be included in addition to, and thus leading to an expansion of, the current social security system, but only as part of one that is fixed or diminishing in size. Other recent surveys, such as the IPSOS Mori in the UK, and the Politico/Morning Consult in the US, used wording only focusing on the basic income concept rather than its implementation.

Patrick Hoare, ‘US: New POLITICO/Morning Consult poll finds that 43% of Americans are in favour of a UBI’, Basic Income News, October 5th 2017