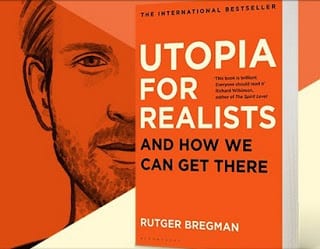 In the three years since its initial publication, Rutger Bregman’s Utopia for Realists has helped spur a global conversation on universal basic income (UBI). The book has become an international bestseller, garnering praise from intellectual heavyweights and propelling its author to the TED stage this past April. However, Stephen Davies, education director at the Institute for Economic Affairs (IEA), remains skeptical of many of the young Dutch journalist’s ideas. He makes his case in the most recent edition of the Journal of Economic Affairs.

“Rutger Bregman’s book is both interesting and irritating,” declares Davies in the opening line of his review. To clarify, he quickly notes that it is interesting “not so much because of its particular content…but because it gives us an insight into what may turn out to be a development of both intellectual and political importance” (p. 442). Such an off hand rejection of a book advocating basic income from the education director of a think tank advocating free market capitalism may be unsurprising to some, but Davies’ response is actually not as inevitable as it may seem. Historically, UBI has found supporters on both sides of the political divide.

Davies distinguishes between two types of arguments Bregman makes for basic income. The first considers UBI to be a pragmatic solution to the shortcomings of the current social welfare system. The second considers it to be a necessary means of radically transforming the existing social order. While Davies may be more sympathetic to the second line of reasoning, he spends most of his time critiquing the first. 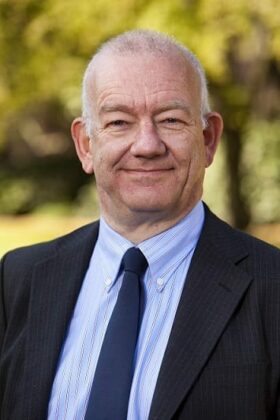 Steven Davies. Credit to: The London School of Economics and Political Science

In Utopia, Bregman draws on a wealth of research to highlight deficiencies in the means-tested benefit programs that constitute the welfare states of most developed societies. He notes that many of these programs create negative incentives, keeping beneficiaries locked in a poverty trap. Even worse, financial instability can result in a scarcity mindset, making it even harder for poor people to make responsible financial decisions. According to Bregman, unconditional cash transfer programs (UCTs) have proven to be the most successful remedy to this vicious cycle of poverty and dependence. In support of this view, Bregman offers additional in-depth analyses of related programs, including Richard Nixon’s Family Assistance Plan, negative income taxes, and the Speenhamland system.

Davies acknowledges the implications of this body of research. He writes, “Much of the evidence presented by Bregman is indeed very striking and should encourage us simply to trust people more and have greater confidence in their judgment and their knowledge” (p. 447). However, he is far more hesitant to interpret these results as evidence for universal basic income.

Davies notes that many of the policies Bregman touches on are in fact means-tested in one way or another, and may therefore be more analogous to standard welfare programs than basic income. Additionally, Davies argues that many of the UCT programs discussed in Utopia for Realists have not been around long enough to show lasting impacts, and he calls for more research to determine the specific amounts at which UCTs can begin to induce behavioral change. Yet, even more worrisome for Davies is the “bold assumption that there is no meaningful distinction between single lump-sum payments and continuing income stream” (p. 448). He notes that while individual cash transfers may bring sudden and liberating benefits, similar effects of ongoing basic income payments may become muted over time.

According to Davies, all of this “reveals confusion over what a UBI is thought of as being – is it a way of establishing a floor or minimum that is guaranteed to all or is it a redistributive mechanism designed to narrow income differentials?” (p. 449). This confusion motivates Davies’ second critique of Bregman’s argument for universal basic income as a response to the widening global wealth gap. While basic income programs may go a long way in ensuring no one lives in a state of absolute poverty, Davies writes that “it is not clear how a UBI by itself will do anything to reduce relative poverty or inequality” (p. 449). In fact, he notes it may even make the problem of inequality worse if UBI programs seek to replace other means-tested benefits.

However, while Davies takes issue with many of Bregman’s pragmatic arguments, he seems much more sympathetic to the idealistic aspects of his account. As automation increases and “bullshit jobs” proliferate, Davies grants Bregman his assumption that UBI could become a useful tool to decouple meaningful activity from paid work. He writes, “This is clearly the vision that truly inspires Bregman, the utopia of his book’s title, and he would have done better to stick to this rather than muddy the waters by conflating it with more limited and pragmatic discussions of a guaranteed income in a society where wage labor is still widespread and predominant” (p. 456).

While he may be unmoved by Utopia for Realists, Davies clearly recognizes the significance of the political and intellectual movements it represents. The book’s international success seems to reflect a growing anxiety about stagnation of big ideas in the face of an increasingly unsatisfying status quo. Davies concludes, “What we are starting to see is an attempt to work out what a non-capitalist or, more accurately, a post-capitalist political economy would look like” (p. 457).

Davies review appears in the most recent edition of the Journal for Economic Affairs.

Follow
One comment book review, Institute for Economic Affairs, Rutger Bregman, Stephen Davies
The views expressed in this Op-Ed piece are solely those of the author and do not necessarily represent the view of Basic Income News or BIEN. BIEN and Basic Income News do not endorse any particular policy, but Basic Income News welcomes discussion from all points of view in its Op-Ed section.