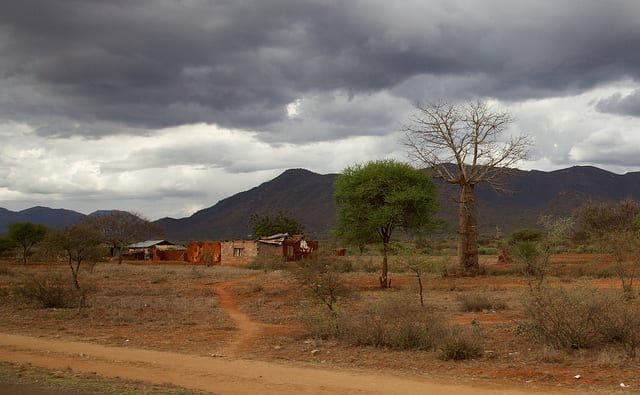 The US charity GiveDirectly has officially launched its trial of basic income in rural Kenya, and is now enrolling experimental participants.

The US$30 million experiment will be the largest trial of basic income to date, in terms of both size and duration. All residents of about 120 rural Kenyan villages, comprising more than 16,000 people in total, will receive some type of unconditional cash transfers during the experiment; some of these villages, moreover, will receive the universal basic income for twelve years.

It is also unique among current experiments in that it is designed as a randomized controlled trial in which the experimental units are villages rather than individuals. This means that, unlike the studies occurring in Finland, Ontario, the Netherlands, and elsewhere, the GiveDirectly experiment will be able to capture community-level effects of the basic income [*].

The experiment will include three treatment groups. In two groups, villages will receive a universal basic income of about US$23 per resident per month (roughly half of the average income in rural Kenya). In one group, comprising 80 villages, the payments will continue for two years; in the other, comprising 40 villages, the payments will continue for twelve years. In the third treatment group, all residents of each village will receive a single lump-sum payment equal in amount to the two-year basic income (i.e. about US$276). Another 100 rural Kenyan villages have been randomly assigned to a control group.

Chief Financial Officer Joe Huston announced the official launch in a blog post dated November 13, declaring, “It has begun! As I write, field officers in Bomet County, Kenya are beginning to enroll the first (post-pilot) households into the largest basic income initiative in history.”

The launch had been delayed from its originally anticipated date in September, due in part to political disruptions in Kenya surrounding a contested presidential election.

Since October 2016, GiveDirectly has been running a preliminary pilot in a single Kenyan village. All residents of this village (numbering 95 at the start of the pilot) were guaranteed a monthly unconditional cash payments, which will continue in this village for 12 years.

This preliminary study was conducted to help the researchers fine-tune the implementation of the full-scale experiment, and data collected from the pilot village will not be included in the analysis of the experiment. Because of the latter, GiveDirectly has decided to make data and information from pilot village available to the public (no data collected from the experiment itself will publicized until the trial has concluded). For example, the charity has published responses to a survey of participants and is now running a three-part series on “lessons drawn” from a year of observing the pilot village.

[*] In describing the experiment on its website, GiveDirectly suggests that it is interested mainly in individual-level (rather than community-level) effects of basic income, stating, “We will assess the impact of a basic income against a broad set of metrics, including: economic status (income, assets, standard of living); time use (work, education, leisure, community involvement); risk-taking (migrating, starting businesses); gender relations (especially female empowerment); aspirations and outlook on life.” This does not render the community-level effects irrelevant, however, since individual attitudes and behavior can be influenced by social multiplier effects.

Correction (Nov 17): An earlier version of this article stated that the experiment would include 200 villages in total (with 80 in the lump-sum payment treatment group), amounting to around 26,000 total recipients. This statement was based on out-of-date information, and has now been corrected. In fact, approximately 120 villages will be included in the study (totaling more than 16,000 recipients), with a reduction of the number of villages in the lump-sum treatment arm.