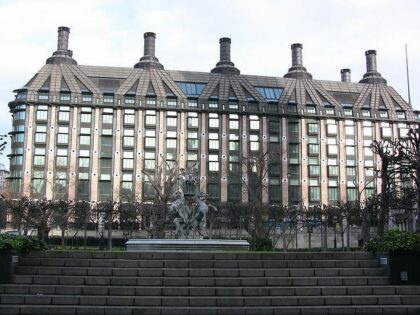 As part of the Economic and Social Research Council’s (ESRC) Festival of Social Science 2017, the European Social Survey (ESS) is teaming up with Ronnie Cowan MP in a free event that will be held in Portcullis House, Westminster, from 9am on Thursday 16th of November to discuss the UK’s attitude to Universal Basic Income (UBI).

For the first time in the history of the ESS, a question was included in the welfare section of face-to-face surveys asking the participant’s opinion of a UBI. Using the data collected, which was released in October 2017, the event will discover whether there is an appetite for introducing a UBI in the UK. ESS will also present analysis of data in the context of other welfare attitudes gathered throughout the survey. Following presentations, there will be an open Question and Answer session in which attendees will have an opportunity to ask speakers what they think the implications of this data are for public policy.

Analysis of responses gathered through the ESS will be presented by members of the ESS HQ team, including the Director, Professor Rory Fitzgerald, who is based at City University, London. Professor Fitzgerald said: “This is the first time that we have included questions in the European Social Survey on the concept of a universal basic income so we are really excited to discuss the results. We will focus on how the UK compares with other European countries, and public opinion on other items included in our welfare module”.

Ronnie Cowan MP said: “A universal basic income is an idea which has been considered in various forms for over two hundred years. Luminaries such as Abraham Lincoln and Dr Martin Luther King have supported the concept as a way of helping alleviate poverty and providing society with a safety net… I wholeheartedly welcome the Scottish Government’s recent commitment to establish a fund to support local authorities as they develop their own basic income schemes… The Basic Income pilot projects are vitally important to the debate. To design, run and monitor pilots and analyse the results takes a great deal of expertise and effort but they may have the potential to shine a light on any shortcomings – opportunities and ultimately produce solutions… I believe a universal basic income is an idea whose time has come and I very much look forward to discussing the subject further.”

You can register for the event here.

One comment European Social Survey, United Kingdom
The views expressed in this Op-Ed piece are solely those of the author and do not necessarily represent the view of Basic Income News or BIEN. BIEN and Basic Income News do not endorse any particular policy, but Basic Income News welcomes discussion from all points of view in its Op-Ed section.