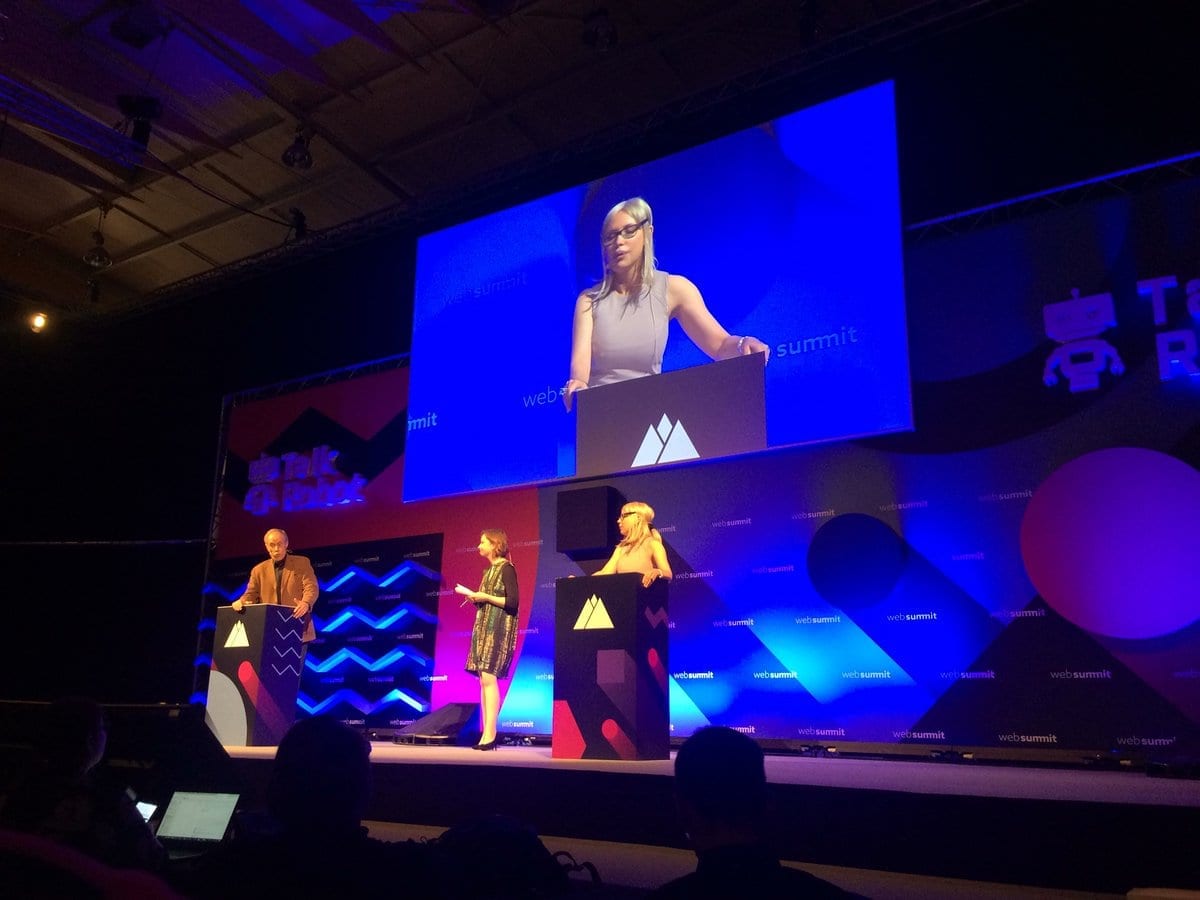 A debate about basic income was set up in this year’s Web Summit, in Lisbon, which occurred during an event named “Talk Robot”, on the 7th of November. Featuring Louise Haagh and Francisco Louçã, both presented at the Conference website, the debate was focused on the pros and cons of basic income, in general terms.

Louise started out by describing a possible future world with a basic income, in which people are allowed to concentrate in what is more important to them, shaking off control and dependence from an often-intrusive welfare state. Although this description is a very positive one, she didn’t leave out references to its limits and opportunities for improvement. Francisco replied, apparently not taking notice of what Louise had just said, and delivered a passionate speech about how he thinks basic income will replace education and health public systems. He also underlined that his concern was money only, not psychology or social security, and that we should be avoiding imitating president Trump’s ideas of cutting through health programs. The relation of this statement to the debate on basic income was unclear.

At the end of the debate, the 600-700 large audience was asked to vote Yes or No to basic income, and the outcome was a timid but clear prevail of the Yes position.

In social media, this debate also gave rise to considerable activity. One of the comments that got heavily shared was: “Basic income isn’t about the money, it’s about security. So, we no longer implement behavioral controls on some and not others”.