INDIA: Universal Basic Income Could Replace the System of Subsidies and Benefits at Hardly Any Cost. 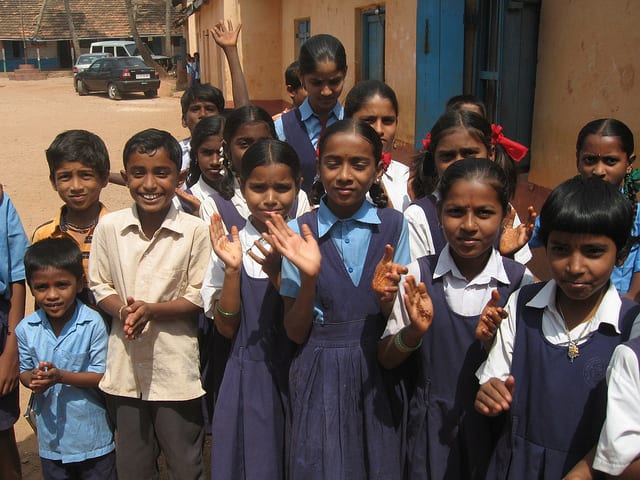 In an interview on March 27th with journalist Govindraj Ethiraj from BOOM, Baijayant “Jay” Panda, a member of Indian Parliament representing the Biju Janata Dal Party, explains his view about the potential benefits of an Indian Universal Basic Income (UBI).

“The 7.1% growth rate India has today does not create the number of jobs it used to ten or twenty years ago,” Panda explains. The global phenomenon of technological development has made UBI a hot topic in economics around the world for the last two or three years.

At the same time, the subsidiary system in India is very inefficient. Based on a planning commission’s study 5 years ago, Panda estimates that out of every rupee spent by the government, only 27 paisa reach the citizen. “That means that 73 paisa goes away in salaries, overhead, and corruption, and leakage. We have only seen tremendous success in for example the use of Aadhaar (an identification system based on biometric and demographic data) and converting the subsidy on LPG cooking gas and instead of giving cylinders, you give cash directly to beneficiaries and get it on the market. You can see the same kind of turn around in kerosene subsidy and other subsidies.”

Panda continues: “The argument that has been put out by many economists around the world, many of Indian origin, is that suppose you came up with something like a thousand rupees per month per citizen, maybe universal, maybe targeted, then you bring them above the basic poverty line and beyond that you focus on all the other aspirational things citizens have, such as getting jobs and education.”

But should this income be universal or targeted to a specific group? There are pros and cons on both sides, Panda argues.

“Why would somebody like you or somebody like me need to have a thousand rupees of basic income given by the government? The argument in favour of a UBI is that we waste too many resources and too much effort trying to target. You have armies of lower level government officials going around in the districts counting who has a house, who has electricity, who has a fan, who has a scooter, trying to decide who deserves a subsidy and who does not. If you make it universal, you save enormous effort. There is also enormous leakage in the system. People like you and I will most likely not take the thousand rupees per month, but those who need it, will take it.”

Panda is open to the idea of targeting as well, though, and states that with technology, like the use of Aadhaar, it is perhaps possible to target much better today then it was ten years ago. “We don’t have to go universal at one go. We should keep on extending the use of technology to target the most leaky, the most corrupt subsidy.” The kerosene subsidy is a perfect candidate for such a pilot, according to Panda.

He compares the Indian situation with the US and Europe and explains why the situation in India is different. “If you look at the US or Europe, they have large social service expenditures, which are relatively efficient. In our case, we have a lot of low hanging fruit of inefficiency so that it is a win-win scenario. A UBI in India can be funded from the savings of the current systems. The fiscal deficit is not going to get worse. In the US and Europe, they have to take something away from the citizens. Here in India we are not taking anything away because whatever subsidies we have, it is mostly being leaked so it is not reaching the citizens anyway.”