Drones, Shopping, and the Purpose of Mankind 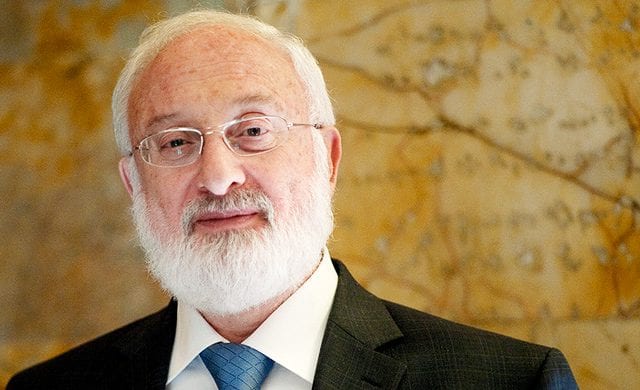 The rising power of Amazon and Alphabet represents the dawn of a new era. We have to shape a new culture that fits our connected future. Giving people a basic income for taking part in this mega project is the next step we should take.

In a matter of days, both Amazon’s and Alphabet’s stock prices have crossed the $1,000 dollar mark, hammering one nail after another in the coffin of traditional brick-and-mortar business. Malls are collapsing as drones take to the air. Tens of thousands of employees are being fired as automated supermarkets take shape.

Online shopping has become the norm and consumer culture as we know it is going into the history books. People are now using websites such as BuyerImpact.co.uk to help them buy what they need and compare items, it’s easier, faster, and can save them money. And it goes on. Whatever the needs might be, people can find what they are looking for online. They could be looking for new furniture pieces, or perhaps some coats and jackets that are high quality; everything can be found on the internet if they know where to look. Plus, there is the added convenience of not having to leave the house to get new things. Statistically, people can be seen shopping at a much larger capacity as compared to the last decade, due to the availability of gift cards and coupons to stores like Macy’s (sneak a peek at these guys for instance), making items more affordable than ever.

But it doesn’t end with shopping. The evolution of technology is like a fractal phenomenon – the pattern repeats itself in different shapes and colors. Autonomous cars are threatening drivers, artificial intelligence is spreading through the services sector, 3D printers are redefining manufacturing, and talking smartphones are becoming personal secretaries. I suppose a good thing to come out of it is drones, like the ones from https://www.drdrone.ca/pages/dji-mini-2 which can help reduce crime rates, and increases security, and for entertainment purposes is an excellent creation of technology.

The prospect of a jobless future is looming, and the concept of Universal Basic Income is making headlines left and right. But underneath the cold technological surface, a profound human question is brewing: What is going to be the role of the human being in the near future and where are we going as a society?

So far we humans have been busy establishing our physical existence on this planet. We hunted mammoths, lived in caves and started fires for quite a while. Then we moved into houses with heating systems and industrialized our food production. Gradually, we are delegating the catering to our physical needs to devices and machines that do the job for us.

We are nearing a turning point in human evolution where a new realm is opening up for us. As we discover that we can largely automate the production of food, water, housing and clothing for all, our time, energy and focus can be invested in what matters most: Developing the essence of the human being within us alongside healing and nurturing humanity as a society.

The Advantage of Man Over the Robot?

Answering this question will not be a matter of philosophy. It will be a pressing issue that determines no less the fate of the human race. The level of tech that will be at our disposal paints two possible futures: We could use sophisticated technology for countries to fight each other and destroy the planet, or we could build the means to provide for every basic human need, and create a reality of abundance for all.

If we wish to move towards the latter, then a lot has to change. And that change starts within us. We have to recognize that our egoistic drive to put our self-interests above all is in contrast with our interdependent future. We have to become aware that the world is a globally integrated system that requires us to move towards unity.

To that end, our social values and the purpose of human culture, our personal aspirations and what we actually do with our time, must all be focused on nurturing our human connections. By doing this, we will unlock a new source of prosperity and fulfillment, and set society on the right track.

Multiple fields of social and biological science have been saying this for decades – we are all wired for human connection. It doesn’t matter where we come from or what values we currently hold, as human beings, we find happiness and fulfillment when we feel connected to our fellow man. And that’s also when we become the best version of ourselves: Productive, creative, healthy, and resilient.

However, creating this new connected culture means a lot of work. The outbursts of human egoism need to be continuously balanced with the uplifting of pro-social values. As human beings we instinctively gravitate to our egoistic drives, but at the same time we’re social creatures that will go out of our way for social recognition. So instead of fighting for self-hoarding and self-maximization, in a connected culture, the social climate will drive us to compete for social contribution.

To achieve that, many people will need to undergo training and later work as educators and community organizers to create and maintain a positive social climate.

Back to the Present: The UBI Dilemma

The voices calling for governments to counter technological unemployment by providing a Universal Basic Income are mostly seeing the economic side of the equation. On the social side of it, it’s not as clear to UBI proponents that the new source of human fulfillment and progress is no other than positive human connection.

If we wish to prevent chaotic developments and move pleasantly towards the inevitably connected future of our societies, I recommend that a basic income will not come by itself. Rather, it will be coupled with socio-educational training. Instead of having people living on welfare while they struggle to compete with ever-advancing robots, they should be receiving a salary for the new jobs of the future: The social and educational roles required to shape a positively connected human culture.

In my view, this is what most people will be doing if we consciously get on the right track as a society. Our intelligence, ingenuity, and creativity can all be utilized to raise the quality of human connections. This is not a pipe dream, but rather the only realistic and pragmatic endeavor we can undertake to avert a dystopian future and make the right turn at the crossroads we are in.

If we work together, we might just have an advantage over the robots.