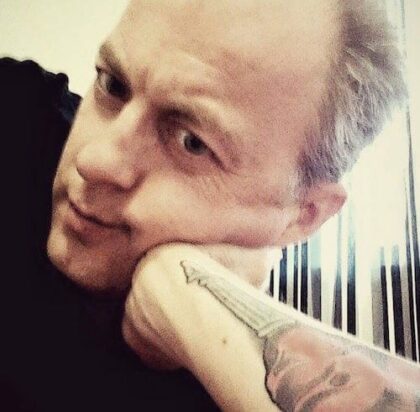 On Friday, May 5, 2017, the basic income community in Finland and Europe sadly lost an irreplaceable pillar when the chairman of BIEN Finland, Simo Ruottinen, unexpectedly passed away in his home town of Tampere. Simo was one of the primary movers of the Finnish basic income movement ever since its inception, serving as its longest-standing chairman.

Outside of basic income activism, he was an outspoken animal rights activist and an excellent cook, always delighting his friends with mouth-watering vegan cuisine. His restaurant Café Veganissimo in Helsinki served as the unofficial hub for our citizen’s initiative campaign in 2013, which collected 22,000 signatures – largely thanks to Simo’s administrative and organizational skills. Bringing the BIEN world congress to Tampere – his home town – was one of his dreams and, ultimately, final accomplishments. We are all extremely happy to host the 2018 BIEN world congress, but also saddened to know that Simo won’t be there experience it.

Simo’s indomitable spirit can be summed up in the words attributed to Albert Camus: “the only way to deal with an unfree world is to become so absolutely free that your very existence is an act of rebellion.” He had a burning sense of justice and liberty in all his actions, and he embodied that attitude in his everyday joie de vivre. We all owe him a great debt of gratitude for his leadership, energy and good humour. He seemed to have a way of seeing the bright side of everything, which illuminated our darkest moments. Sadly, the tireless crusade for a better world will have to go on without him. He will be missed by his loving family and co-workers. Rest in peace, my friend.

Follow
2 comments Finland, Simo Ruottinen
The views expressed in this Op-Ed piece are solely those of the author and do not necessarily represent the view of Basic Income News or BIEN. BIEN and Basic Income News do not endorse any particular policy, but Basic Income News welcomes discussion from all points of view in its Op-Ed section.