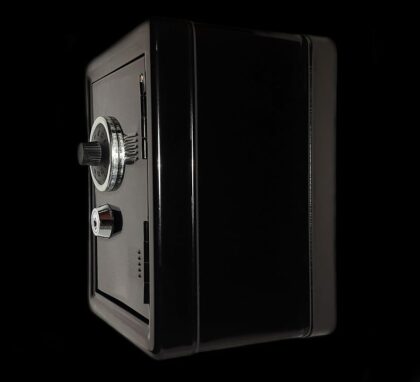 A Universal Basic Income (UBI) is a periodic cash payment unconditionally delivered to all on an individual basis, without mean-test or work requirement. A Universal Minimum Income (UMI) would be a UBI set at a level to ensure everyone has at least a minimum income sufficient to keep body and soul together. This would engender personal freedom. If we add to this public health & education, and other targeted benefits for the disabled for example, it would be a wonderful situation. What would it take?

The math is simple. If we have to pay out a UBI at X% of average income, then it will cost at least the same X% of GDP. The proportionality is clear.

We must first establish what should be the target level of Minimum Income. A simplistic definition would be to take a percentage of average income. The idea here is that if on average citizens are earning a certain amount, then a percentage of that average could represent the poverty line. Let’s assume we set the poverty line at 60% of the average income, and target a UMI at that level.

It could be argued that, if average income is calculated by simply dividing GDP by total population, growing inequality and robotisation will distort that average by sequestering income in the hands of the very rich, swelling the perceived average income by increasing GDP while the actual income of an average citizen remains much lower. In order to deal with this issue, the Organisation for Economic Co-operation and Development (OECD) defines relative poverty for developed nations as 60% of the median income level. To calculate the median, we first list every person in ascending order of income. We then find the midpoint, and the income associated with it. Finally, we calculate 60% of this income to work out the relative poverty level.

The essential proportionality of a UBI as a percentage of per capita income, requiring the same percentage of GDP to finance it, creates the dilemma facing UMI. If we wish to achieve a minimum income level, then targeting seems unavoidable. We may decide to keep  goal of universality (everyone receives UBI) while giving up the goal of minimum income (the amount is enough to live on). Even then, it is clear that for any meaningful level of UBI, there needs to be substantive discussion of the financing source. Even a UBI of 1% of per capita income, a small amount for most individuals, would require 1% of GDP to finance, a very significant amount for any government. A UBI of 10% of GDP would likely require an entirely new financing mechanism.

In view of this simple mathematical challenge, the Basic Income movement would be well advised to pay closer attention to the funding mechanism. The success of UBI depends on the practical and political feasibility of the funding mechanism. And if such a mechanism is found, we would still have to explain why universality is preferable to targeting. It is likely that the only successful UBIs will be those where universality is a logical, political or legal necessity. This has been the case with the two most significant examples of UBI, Alaska’s Permanent Fund Dividend and Iran’s UBI in lieu of fuel subsidies.

About the author: Rahul Basu is a member of the Goenchi Mati Movement, which asks for minerals to be treated as a shared inheritance. Mining is the sale of the family gold. For fair mining, there must be zero loss mining, saving all mineral money in a permanent fund, and distribute the real income only as Citizens’ Dividend.

4 comments GDP, Minimum income, OECD, UMI
The views expressed in this Op-Ed piece are solely those of the author and do not necessarily represent the view of Basic Income News or BIEN. BIEN and Basic Income News do not endorse any particular policy, but Basic Income News welcomes discussion from all points of view in its Op-Ed section.