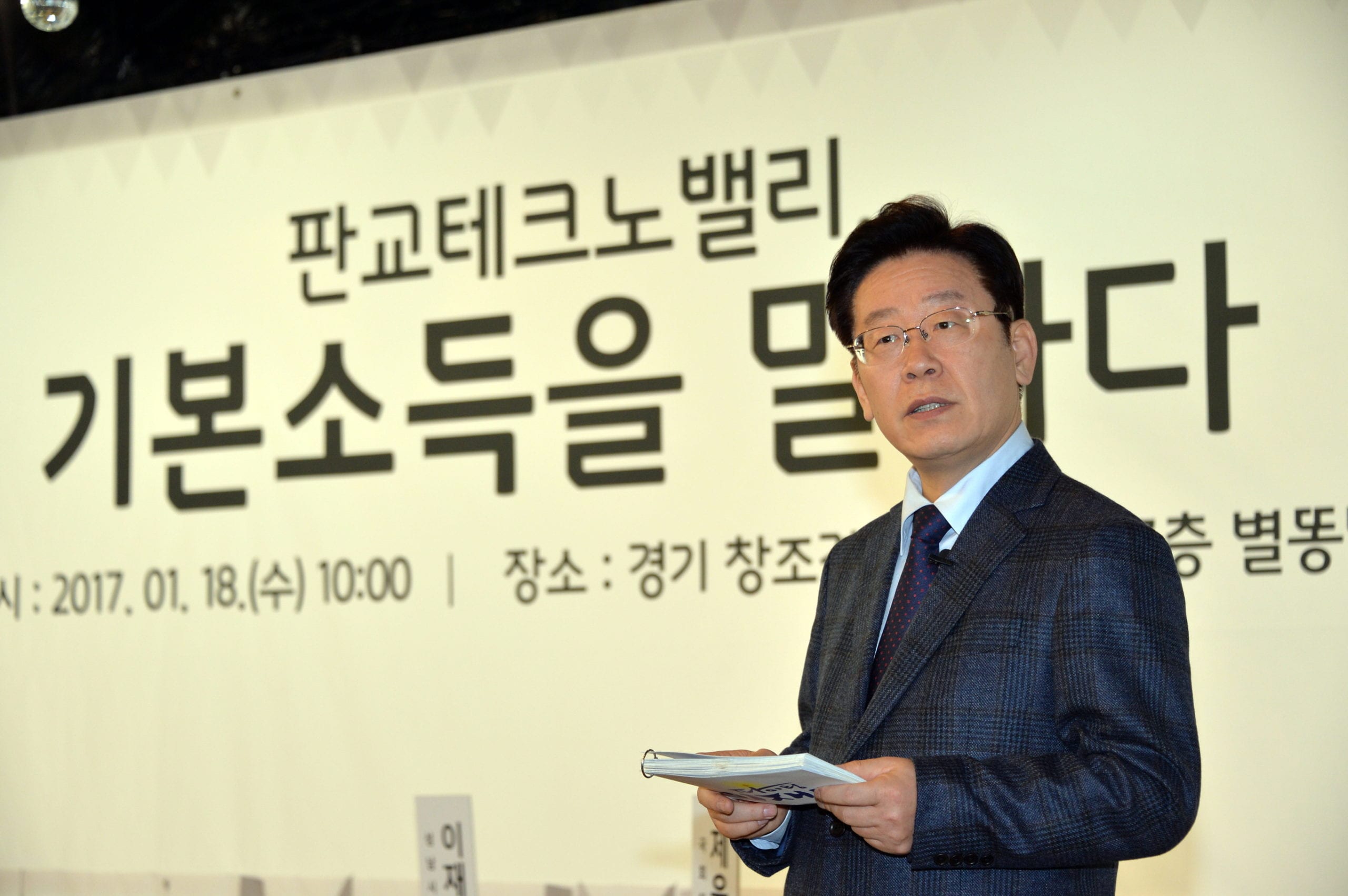 On December 9, 2016, the National Assembly of the Republic of Korea voted to impeach Park Geun-hye  over a corruption scandal with her lifelong friend Choi Soon-sil. Due to the impeachment, the next presidential election in Korea is expected to take place early, in April or May 2017 instead of December, 2017. As the details of the scandal have emerged, a previously less well-known presidential candidate has been rising in opinion polls – Lee Jae-myung, the current mayor of Seongnam city. This city is located to the southeast of Seoul and is one of many municipalities of the Gyeonggi province.

In two months, Mayor Lee has emerged as a so-called “dark horse” candidate with a poll approval rating of 18%. He has been ranked as the third most popular of the presidential candidates. The strongest driving force of his rise is attributed to his prompt action in advocating for the impeachment of President Park. He was the first among the presidential candidates to call on the National Assembly to impeach Park Geun-hye. Lee is also famous for his clear stance against powerful vested interests, including the “  in Korea.

Yet, there is another important factor that grabs attention. His major campaign promise is about providing universal basic income. Mayor Lee has successfully implemented the youth dividend policy, which pays an annual dividend of one million Korean won (approximately 850 US dollars) to individuals who are 24 years of age and who have lived in Seongnam city for three years or more. The policy finds its philosophical roots in the idea of universal basic income. The Park Geun-hye administration used several strategies to deter the implementation of the local youth dividend policy, however, Mayor Lee eventually fulfilled his promise.

A survey of 2866 youth distribution recipients shows that 96.3% of youth who received the benefit are satisfied with the policy. Some responses revealing satisfaction and even gratitude include the following: “Upon receiving the youth credit, I have gained confidence, which is more valuable than money”; and “Society looked after me for the first time”.

In his presidential candidacy announcement speech for the 19th Election, Lee Jae-myung said he will expand the universal basic income system to the national level. More specifically, he outlined a detailed plan to provide the ‘life-cycle dividend’ and ‘special dividend’ shortly after his inauguration.

The life-cycle dividend will pay a child dividend to individuals aged between 0 and 12, a teen dividend to those in the 13-18 bracket, a youth dividend to 19-29-year old, and an elderly dividend to individuals who are 65 or older. The special dividend is aimed at specific populations, such as farmers, fishermen and people with disabilities. The amount of the annual dividend is set at one million Korean won per person (874 US$/person), regardless of the kind of dividend. Lee explained that he finds it feasible to allocate 28 trillion won, which accounts for about 7% of the total budget, to the dividend policy by tightening central government spending. 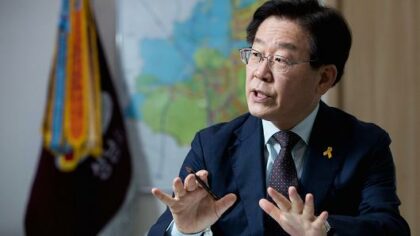 Moreover, Mayor Lee has also promised that he will secure a total of 15.5 trillion Korean won (13.6 billion US$) by establishing a new ‘land holding tax’. He argues that the revenue from the land holding tax should be used as a source of a land dividend, which provides an annual dividend of 300,000 won (approximately 255 US dollars) to all citizens of the Republic of Korea. Not only can this tax collect a portion of all rents from real estate publically, it can also help realize the idea of universal basic income. Lee firmly believes that land is a common property for all citizens.

In fact, the Republic of Korea is a country that appreciates the ‘publicness’ of land. The Constitution of the Republic of Korea states, in Article 122, that “The State can fulfill necessary restrictions and obligations related to the efficient and balanced use, development, and preservation of land, which is the basis of production and living of all citizens.” In the past, when the government has attempted to implement policies in the spirit of this clause, the country has witnessed numerous attacks from powerful vested interests, the so-called “top 1%”. Most of the time, the government has thus had to withdraw from such policies. However, Lee Jae-myung is seen as a well-equipped candidate with the ability and courage to fight against the powerful elites in Korea and successfully implement this policy.

Lee Jae-myung’s basic income policy combines two ideas of basic income theory: 1) the state is responsible for ensuring the de facto freedom of all citizens; and 2) land, natural resources, the environment, and knowledge are common property that must be shared by all members of society. On these grounds, his basic income policy is thought to have positive prospects and much room for growth, particularly in terms of the payout amount. Thus, proponents of universal basic income around the world should pay attention to Lee Jae-myung in Korea.

If Mayor Lee is elected  as the next president of the Republic of Korea and successfully fulfills his campaign promise on basic income policy, he would be able to address many problems currently undermining Korean society, such as income and wealth inequalities, unfair competition, and real estate speculation. Then, Korea might be able to follow a path of inclusive growth, which will eventually lead to a fair and equal society.

Gangsoo Jun is a professor of economy at the Catholic University of Daegu, South Korea, and is involved in Lee Jae-Myung policymaking team.