An Interview with Tim Dunlop (Part One) 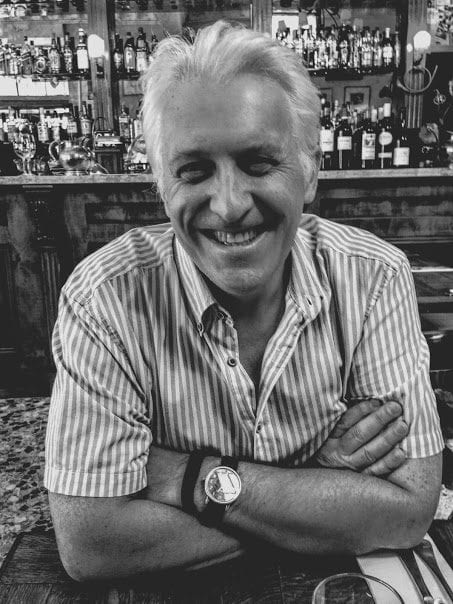 *Conducted via email with minor edits.*

The future of work will see continued technological pressure on the paying jobs that humans do. This will change the nature of work, it will eliminate many jobs, and create some new ones. Humans will continue to do the things that only humans can do well — being creative, imaginative, empathetic, playful and social — and do less of the things that machines can do better than us. That will include everything from building things, digging things, and driving things, to researching and data crunching.

People are already involved in much meaningful work, and that meaningful work is not always their job. Sometimes it is, however, and the loss of such jobs — and therefore meaning — from people’s lives will be difficult to deal with. What we have to ensure is that people are financially supported even if they don’t have a job so that they can continue not just to exist but to engage in work that is meaningful to them. We have to destroy this notion that you are only a good citizen if you have a job: before it destroys us. I have enormous faith in our ability to find meaning even in a world where technology does a lot of the jobs we do now.

Your new book, Why the Future is Workless, describes a workless future. One powerful collective force (aside from potential nuclear catastrophe and climate change) looms into the immediate future: the Fourth Industrial Revolution. Your book is about technology, and the social and political effects of such technology in a world after work. What probable outcomes will emerge from the Fourth Industrial Revolution by 2025 and 2045?

We’ll see not just a change in the nature of work but in social relations. Services will replace products, something that has already happened with movies and music. This will likely happen with cars too, amongst other things. People will look to have experiences rather than to own things. Many everyday things will become cheaper, almost to the point of being free: zero marginal cost, as the economists say. Technology will get smarter and we will move from dealing with the web via direct questions typed into a search engine to talking with the tech on an ongoing basis, as we are seeing with services like Amazon Echo and Google Home. Whether this will all be a boon or a burden for people will depend on how we deal with these changes politically. We have to make choices to create a fair world: it won’t just happen.

What is happening now, especially with things like Amazon Go?

We are seeing the start of a lot of this stuff already, as with Amazon Go. So we are right at the bottom of the change curve, entering a change of era, not merely an era of change. The real change will happen when powerful, cheap processors are embedded in things — fridges, sidewalks — and they are all networked. It will be a different world. Again, though, it’s important to stress: this might be heaven or hell, depending on how we handle the politics.

How can automation and machines release human beings from the drudgery of hard labour, whether physical (open to the elements) or mental (repetitive, simple tasks)?

They will make things cheaper and more ubiquitous. We will move from scarcity to plenty.  Technology will turn products into services. It will create enormous wealth. The question becomes: how do we distribute that wealth, especially if a lot of paying jobs disappear.

How do you propose to deal with growing inequality in the world?

Via a reinvention of distribution. We will need taxes on global financial flows and the implementation of systems that require corporations to stop freeloading off the social wealth created by governments and citizens (this is an idea put forward by Yanis Varoufakis). Corporations will be required to provide a percentage of their capital value as a kind of common stock, revenue from which is then distributed to all of us, probably in the form of some sort of basic income. We will also need shorter working hours, without loss of pay or conditions.

The nature of the economy is changing. We are shifting from scarcity to plenty, from industrial to knowledge, and from long working hours to short. In such an economy, we simply don’t need as many people doing things — jobs — as we did in the past in order to create the stuff we need. Sure, there will be new jobs, they just won’t need many people to do them. We already have huge populations surplus to the requirements of the economy (as the economists say) and they are refugees, prisoners, the unemployed, the under-employed, and the 800 million people subsisting in the slums on the edges of some of our great cities. Paid employment is already becoming a really bad way of distributing wealth and we should stop pretending that the jobs will “come back” and make everything all right again. We have to come up with a better idea than “jobs”.

This is the Korean version of the text.